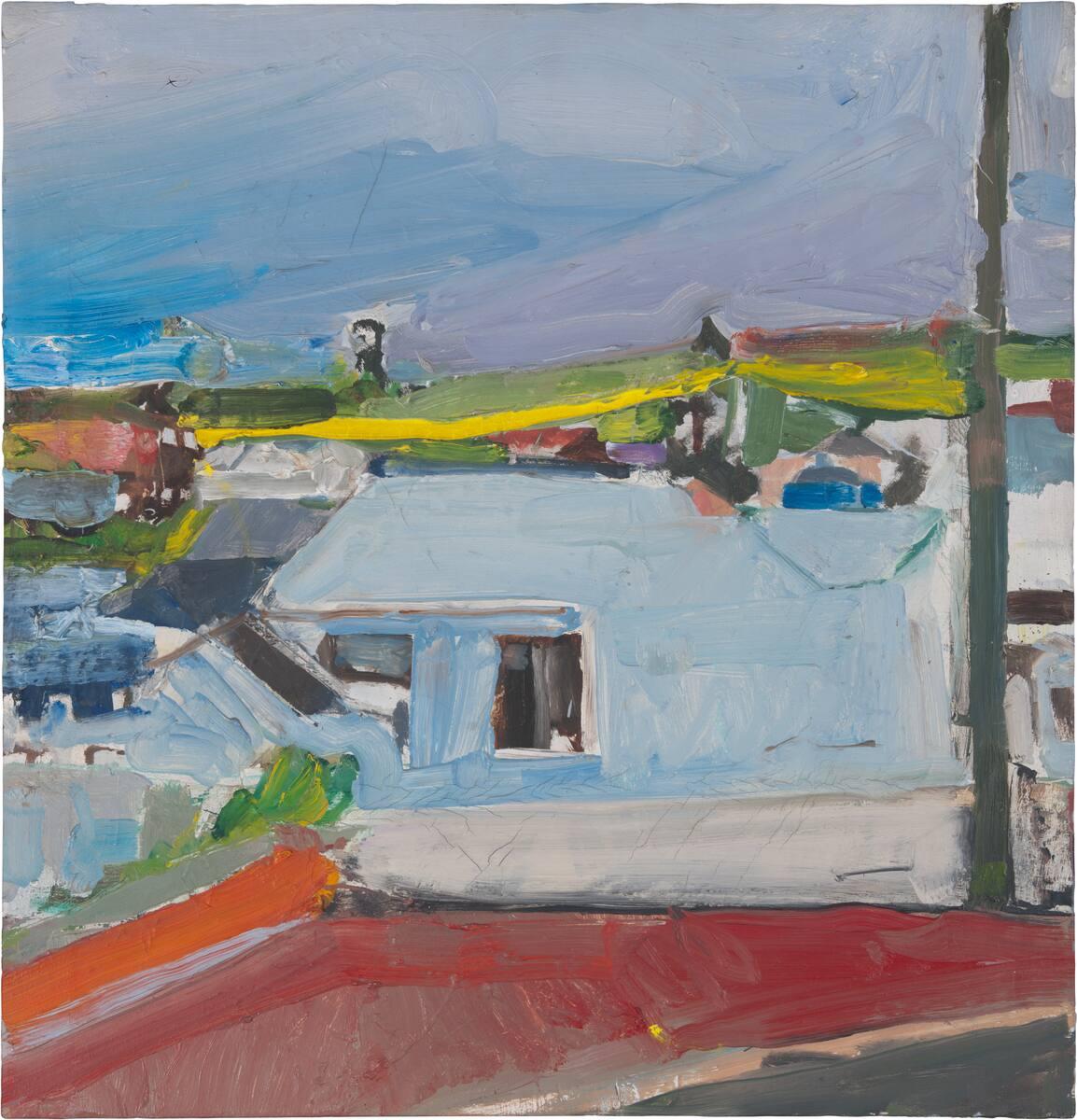 “8–30 SEPTEMBER: Richard Diebenkorn One Man Guest of Honor Exhibition at the Oakland Art Museum–an outcome of winning the gold medal at the Western Annual in November 1955–is the artist’s first showing of figurative paintings.
The figurative work receives a negative reaction from some. Phyllis will say,
I think everybody else makes more of it [the shift to figurative work] than he ever did. He never made that kind of distinction. He just kind of did it. He just decided to put people in and look out windows and stuff. To him, it was all of a piece, and to everybody else it was shocking….
Paul Kantor was outraged. And one of Dick’s so-called collectors, Max Zurier–a nice guy actually–called him up and said “What have you done to my investment?!””
—Chronology from Richard Diebenkorn: The Catalogue Raisonné, Vol. 1 (Yale University Press, 2016)

“In Diebenkorn’s exhibit the large figure paintings do not feature the figure, however huge, but make it an anonymous part of the whole composition. The small landscapes, exuberant in application of thick, rich pigment, are eminently satisfying, but, as Paul Mills suggests, perhaps there is more personal innovation in color and arrangement of everyday objects in the small still life paintings.”—Miriam Dungan Cross for Oakland Tribune (16 September 1956)

“The rough, powerful approach to painting is still evident in the driving brush strokes and the sweeping, bold sense of form, but there is a new concern with the human figure and with still life.”—James Schevill for Frontier (January 1957)