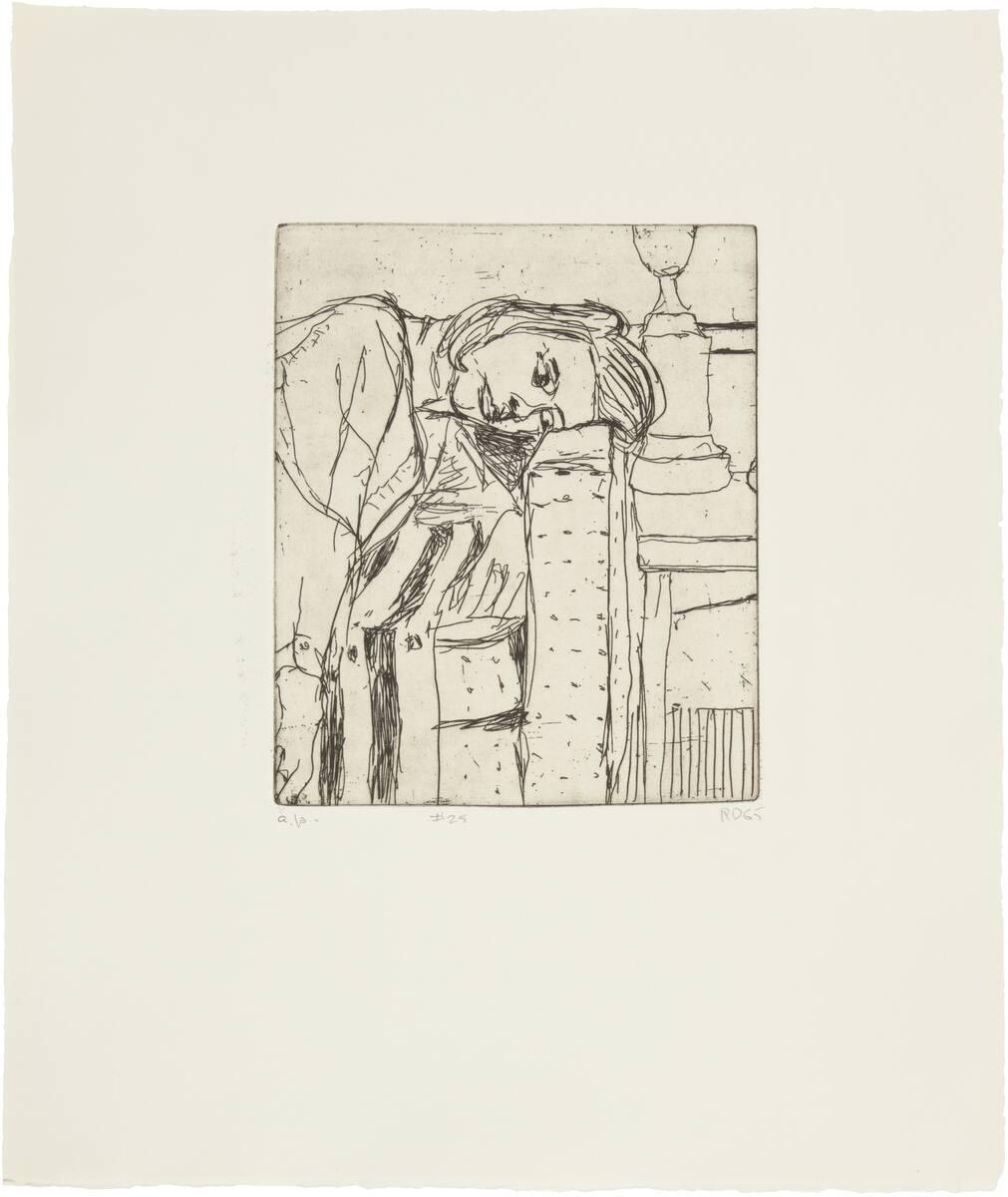 The intaglio print retrospective presented over 130 etchings and drypoints by the artist, most of which were published by Crown Point Press, plus sixty unpublished proofs from 1963–65 which were on view for the first time. A catalogue was produced by Houston Fine Art Press on occasion of the exhibition, and the artist attended a book signing for the publication in 1981.

"His work is remarkably complex, for such pretty stuff, and its intimacy has the strength of reality, not the comfort of illusion." —The Tribune Calendar (May 29, 1983)

"The remarkable achievement of Diebenkorn is his ability to assimilate his materials and his mentors, to bridge brightly the indefinable region between the substance and material of his media and the images of his subject matter. These passages are accomplished by arrangements of space and color, it is true, but the genesis of line is more important for the achieved effect of each painting and print." —Artweek (July 2, 1983)