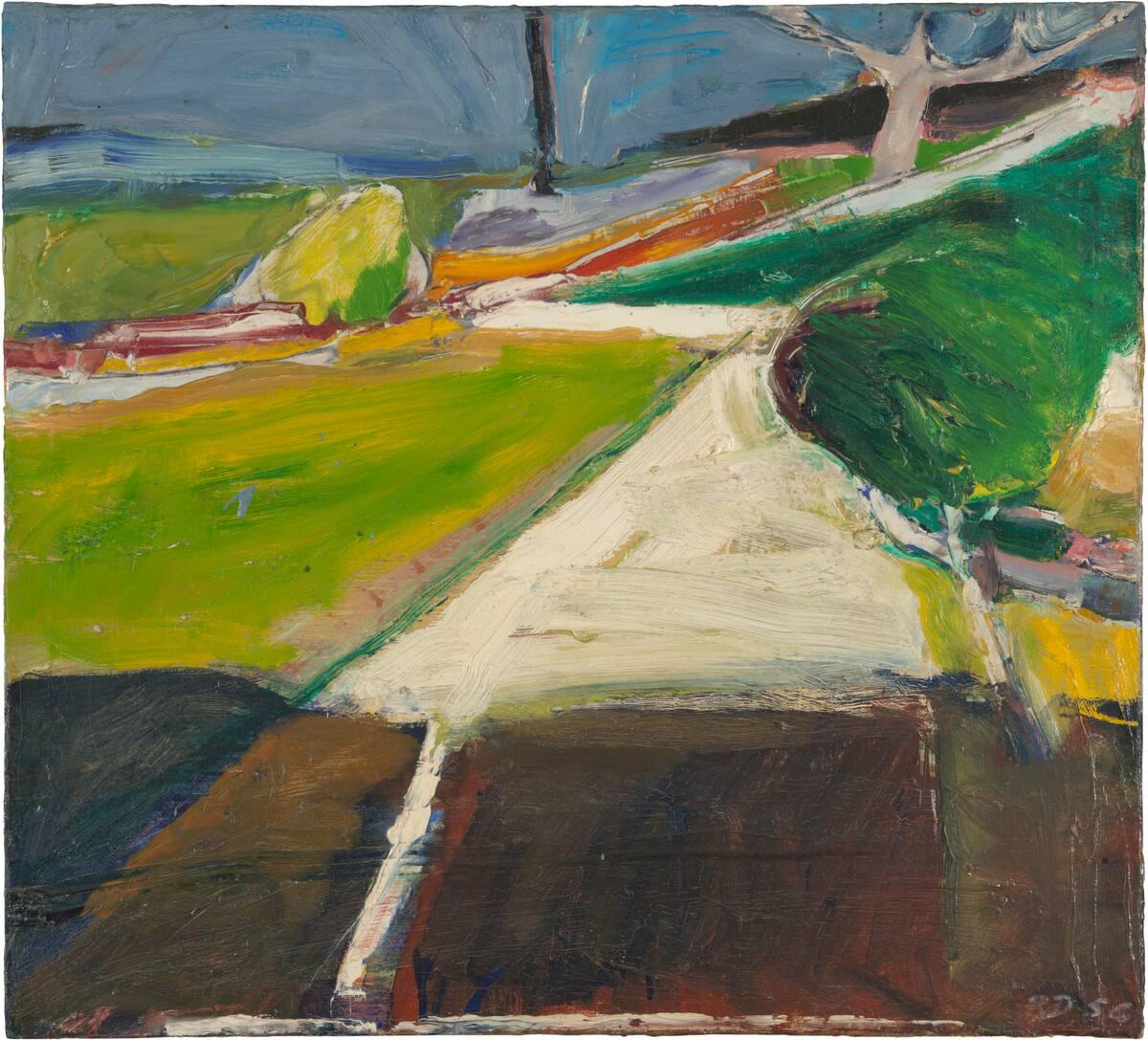 "It is this desire for freedom, for being able to make it all up as you go along, that is at the root of the dialogue between [Wayne] Thiebaud and [Richard] Diebenkorn. For Thiebaud, this meant imagination, while for Diebenkorn it meant process and improvisation. What is found in their conversation—and in the different and unexpected artists and concepts it touches upon—is an unmistakable streak of melancholy and solitude. They did not simply see it in the art of Hopper—it reached out and touched them. For all the feelings of isolation that come across in their work, in this regard they did not feel completely alone." —Essay "Landscape and Light" by John Yau in the exhibition catalogue

"One thing I know has influenced me a lot is looking at landscape from the air... I was first struck by the aerial views when I was flying back to California from Albuquerque in 1951... I guess it was the combination of desert and agriculture that really turned me on, because it has so many things I wanted in my paintings. Of course, the earth's skin itself had 'presence'—I mean it was all like a flat design—and everything was usually in the form of an irregular grid." —Richard Diebenkorn

"I often say when we are grouped as California artists that it has a characteristically false premise. Since there is only one art world or one painting world, as far as I'm concerned, it's like referring to California painting like referring to 'California mathematics' or 'California science.' I feel much more general and very deeply interested in the whole tradition of painting, which is my love." —Wayne Thiebaud