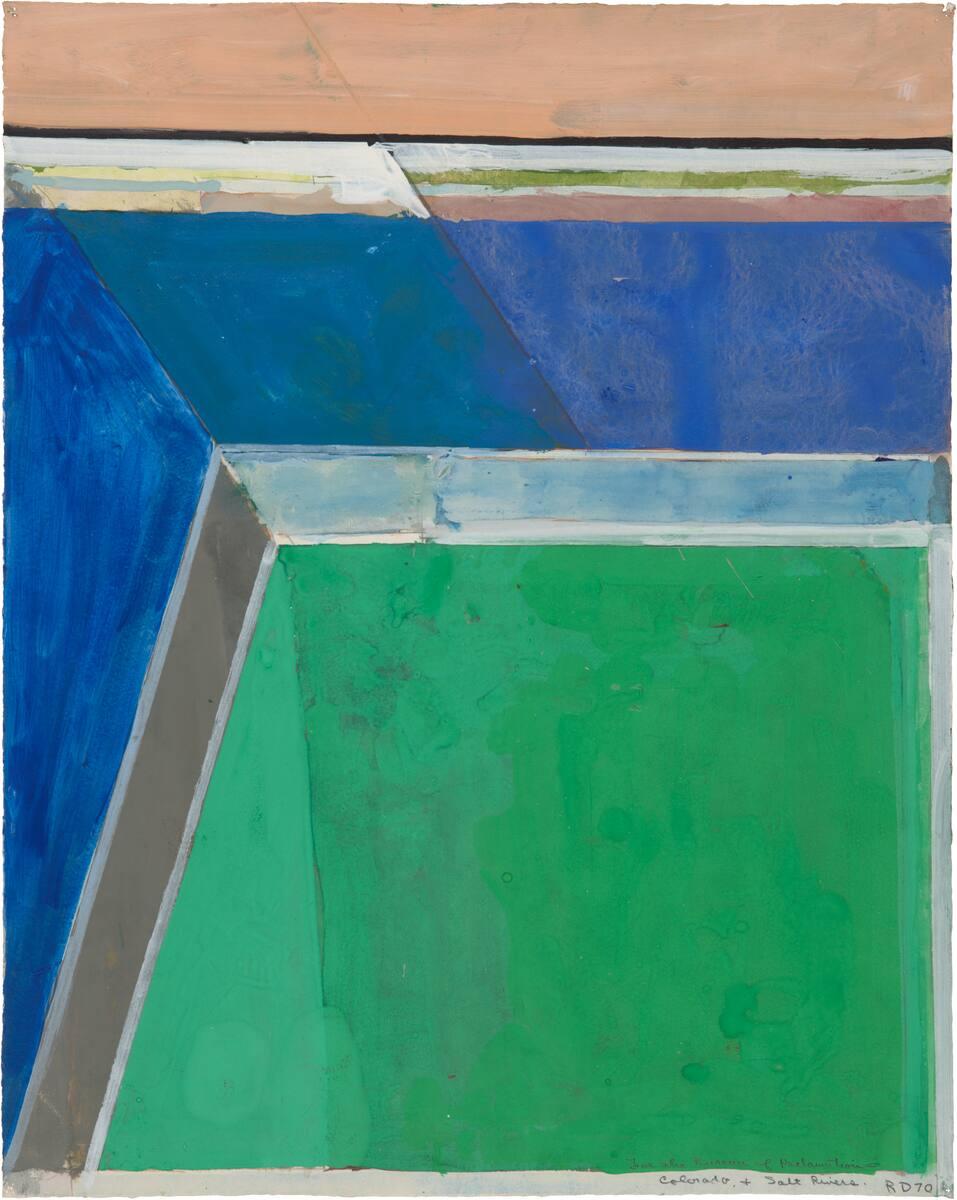 The American Artist and Water Reclamation

The traveling exhibition and accompanying catalogue presented five works on paper by Richard Diebenkorn and commissioned by the United States Bureau of Reclamation and Department of the Interior.

"FEBRUARY 1970: Participates in the Bureau of Reclamation and Department of the Interior’s project to document the water-reclamation sites
in the Salt River Canyon in Arizona and in Colorado; John DeWitt organizes the program. Diebenkorn accepts the offer to survey the area and the commission to create artworks from what he observes, a rare acceptance as he dislikes commissions, considering the trip an opportunity to see the desert landscape aerially. He is flown over the area in a helicopter and takes numerous photographs during the flights. The Lower Colorado works, the first completed series of Ocean Park works on paper, are a result of this trip.

"'The project I was assigned to was the Salt River Canyon, in Arizona,' [recalled Diebenkorn,] we spent five days in a helicopter surveying it. In one place, we landed on the top of a towering pinnacle overlooking the river; the pinnacle actually had a surface of an acre and a half. I did some drawings—or, rather, paintings on paper—there; we were supposed to do documentary drawings, but mine came out as abstract impressions. I think the many paths, or pathlike bands, in my paintings may have something to do with this experience, especially in that wherever there was agriculture going on you could see process—ghosts of former tilled fields, patches of land being eroded. I also saw large areas where the fields were all planted in the same way for the same crop [but] showed unlimited visual variety. It boggled me! There was also circular farming: you could see clusters of concentric circles, made, I guess, by the combines, but they were cut in so many different ways that each was unique, surprising. Each was nuttier than the one before.'" —Chronology from Richard Diebenkorn: The Catalogue Raisonné, Vol. 1 (Yale University Press, 2016)