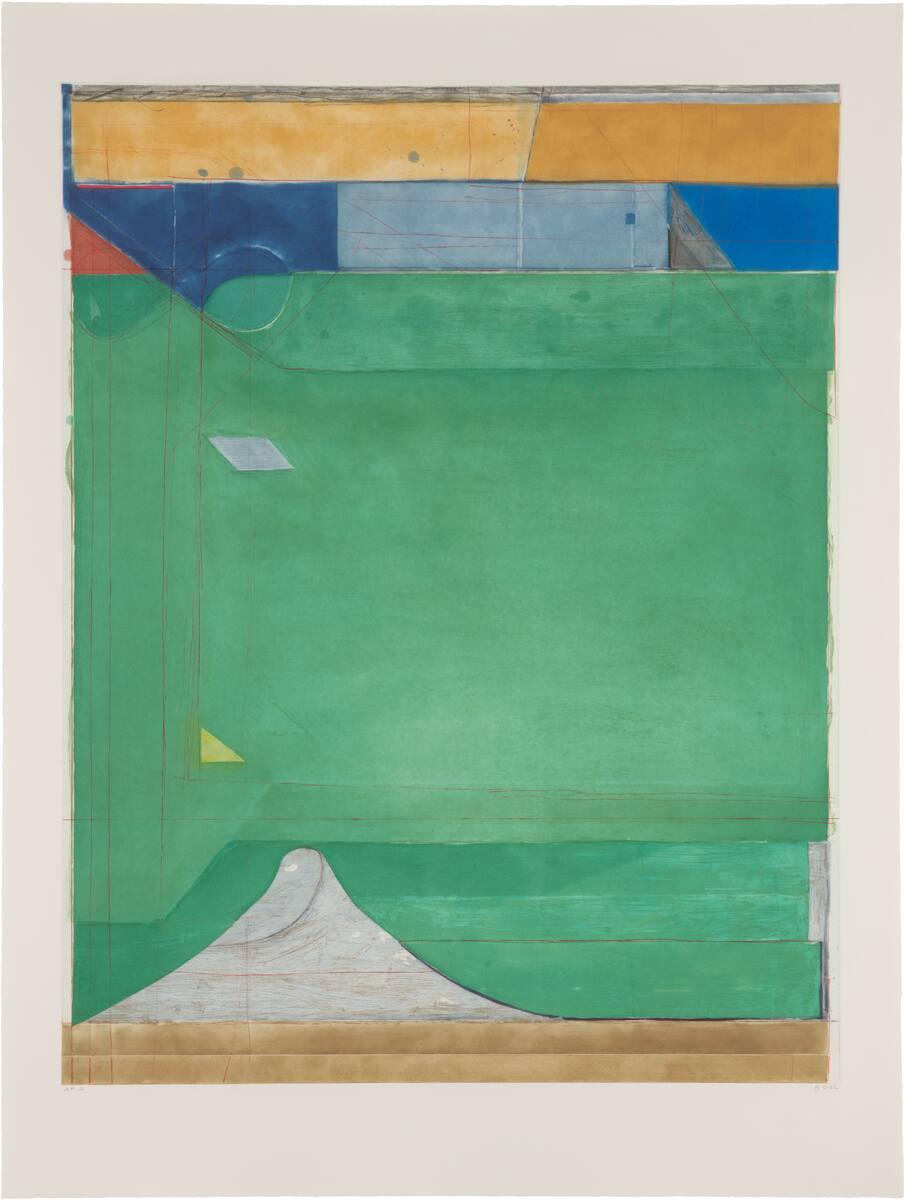 April 22, 2022 is the 100th anniversary of the birth of Richard Diebenkorn (1922–1993). In memory of the artist, Crown Point Press presented a special exhibition featuring four working proofs of his most celebrated print, Green. The large aquatint was created in the Crown Point studio by Richard Diebenkorn in 1985. The proofs provide an intimate look at Diebenkorn’s process of developing the image, drawing the viewer into a visual history of the print’s creation.