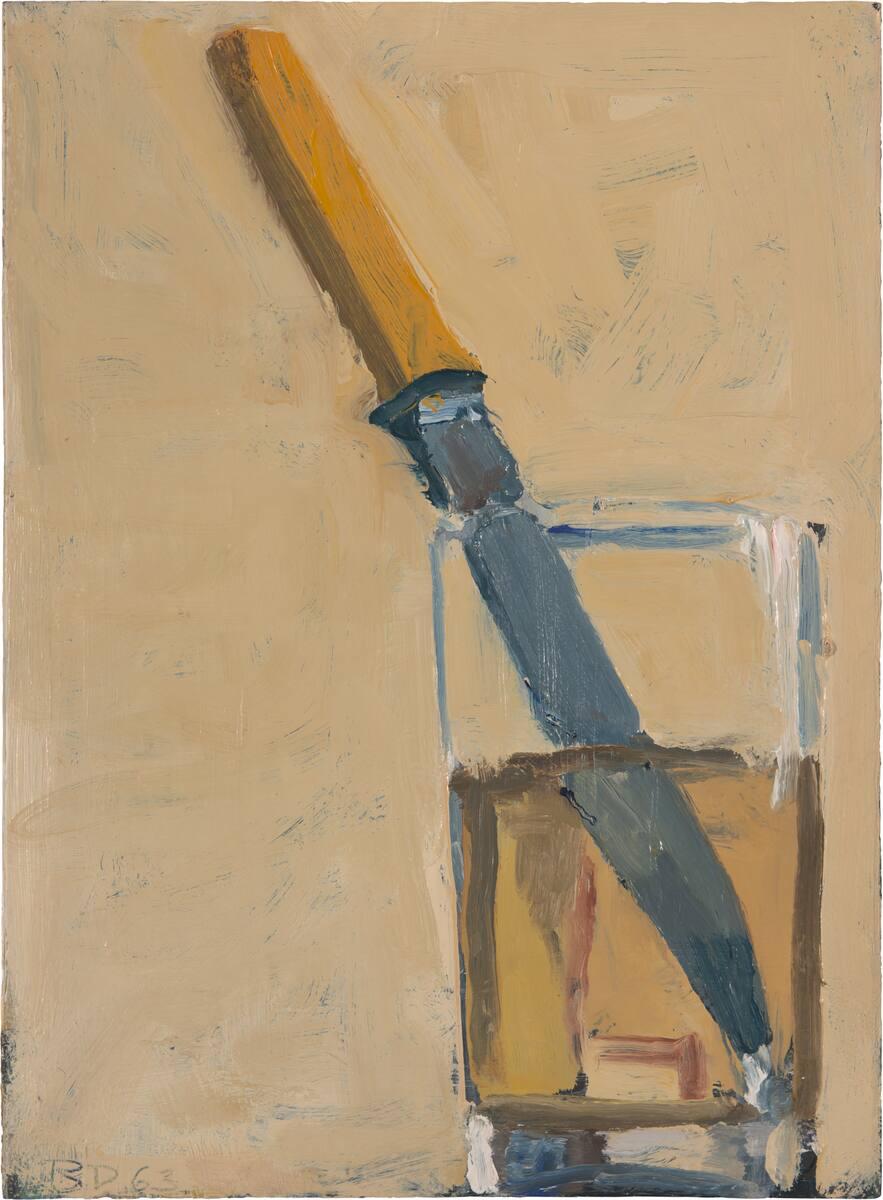 "It is well to remember that for the last seven or eight years Diebenkorn has attempted nothing less than the consummate marriage of verifiable subject matter, rightly locked in Renaissance space, with the spontaneity of freedom of gesture learned from the abstract expressionist tradition. To accomplish this aim without impinging and finally decimating either the subject depicted or the wonderfully fluid sense of abstract space Diebenkorn has, is a major accomplishment." —Artforum (November 1963)