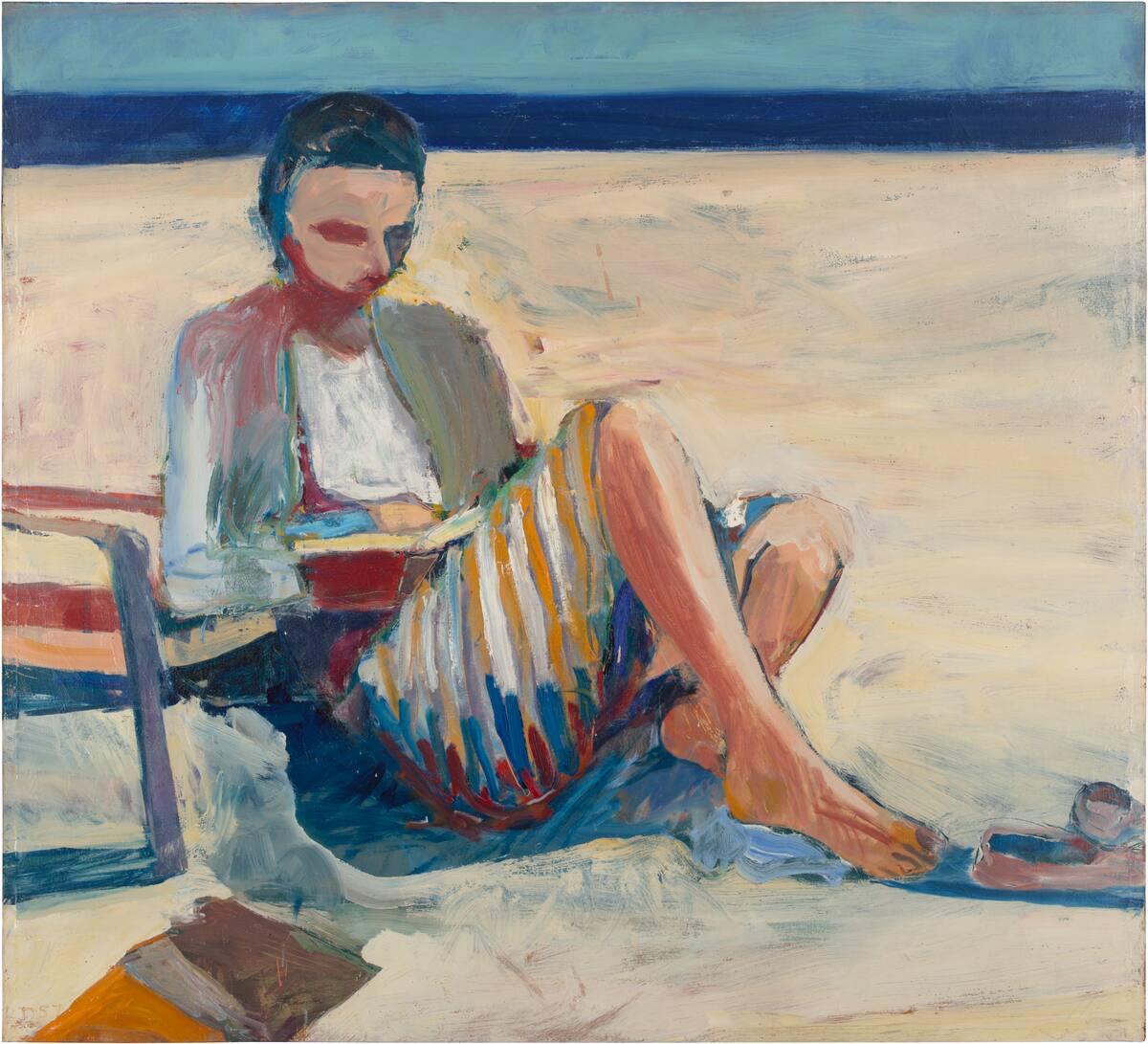 “24 FEBRUARY–29 MARCH: Richard Diebenkorn: Recent Paintings at Poindexter Gallery, the artist’s second solo show in New York, presents only figurative paintings. The works are primarily paintings of solitary women near windows, still lifes of everyday objects, and the occasional landscape. Dore Ashton writes for Arts & Architecture,
Richard Diebenkorn’s recent flight into reality… has aroused considerable comment and probably caused him considerable embarrassment. The back-to-the-figure prophets have claimed him as their own and the abstract stalwarts have regarded him as a heretic beyond support… No matter how much he tried to suggest the abstract grandeur of the vistas his personages contemplate, he could not endow these paintings with the horizonless flow of his former landscape abstractions. The people, as tenderly and even abstractly as they are observed, are insistent and hold the painter to their measure.
Twenty of the twenty-six oil paintings sell within the first three days.”—Chronology from Richard Diebenkorn: The Catalogue Raisonné, Vol. 1 (Yale University Press, 2016)

“There is something very lonely in Diebenkorn’s latest paintings… The colors are raw and cold. There is a kind of gritty feeling, like a sliced turnip, a cut feeling, a slice of life pushed to its limits.”—L.C. from Art News (March 1958)

"Brought up in the new academy of abstraction, where anything goes, California's Richard Diebenkorn painstakingly traced his steps back from abstraction through nature to man as art's subject." —Time Magazine (March 17, 1958)