Albuquerque and the Support of Women:  Jo Kantor and Phyllis Diebenkorn

In the soft light of a New Mexican adobe house, where I had the good luck to see my first Diebenkorn painting [in 1951], the image was of sandiness and desert: a horizonless flow of pale yellows, ochres and sand whites….The painting…reflected not only his poetic grasp of the landscape before him, but also where he had been before. His studies at the California School of Fine Arts during the late 1940s had coincided with the advent of Clyfford Still and Mark Rothko. It was natural for him to explore new proposals for the projection of limitless space. He carried the experience with him to New Mexico. It is only one of Diebenkorn’s special talents to preserve and enrich experiences, evolving steadily at a harmonious pace. I don’t think he has ever left the desert behind. 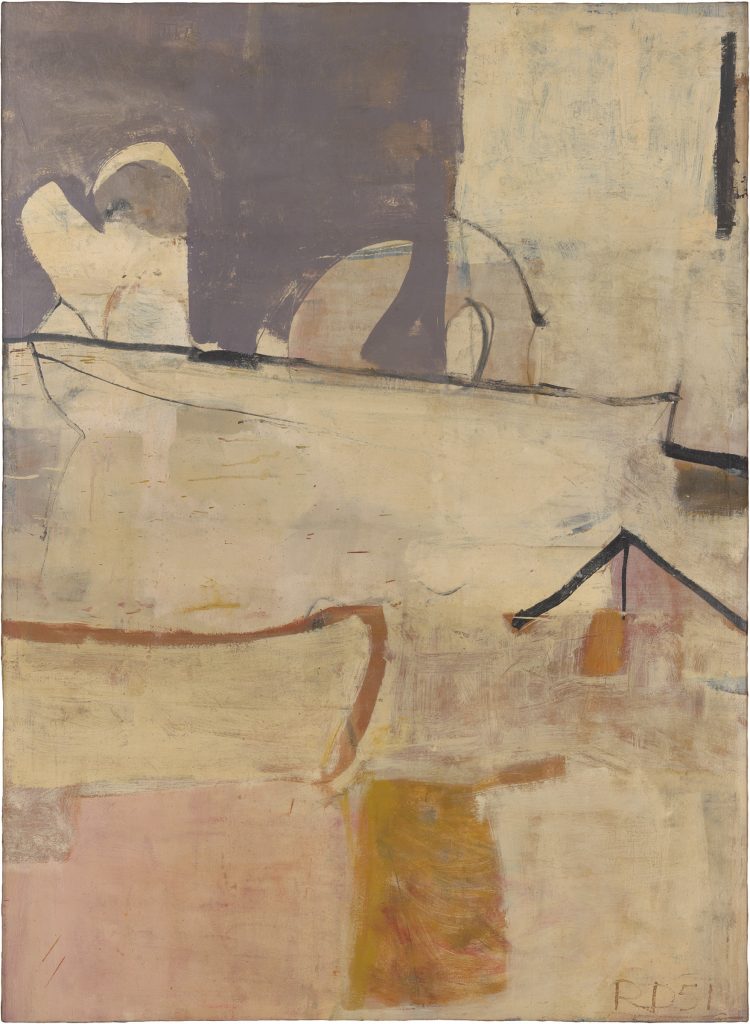 Richard Diebenkorn’s first solo show at a commercial venue took place in 1952 at the Paul Kantor Gallery in Los Angeles (operated jointly by Jo and Paul), but the relationship between the artist and the gallerists began in 1949 when the Kantors first encountered Diebenkorn’s work at the Los Angeles County Museum of Art in the exhibition California Centennials Exhibition of Art. Diebenkorn’s inclusion in this show demonstrates how powerful the exposure from a group show can be for a young artist. It was through this show that curator Gerland Nordland as well as other important figures in the Los Angeles art scene, such as James Byrnes, William Valentiner, James Breasted, and Arthur Millier,1 first recognized Diebenkorn as an artist to follow, collect, and actively promote. 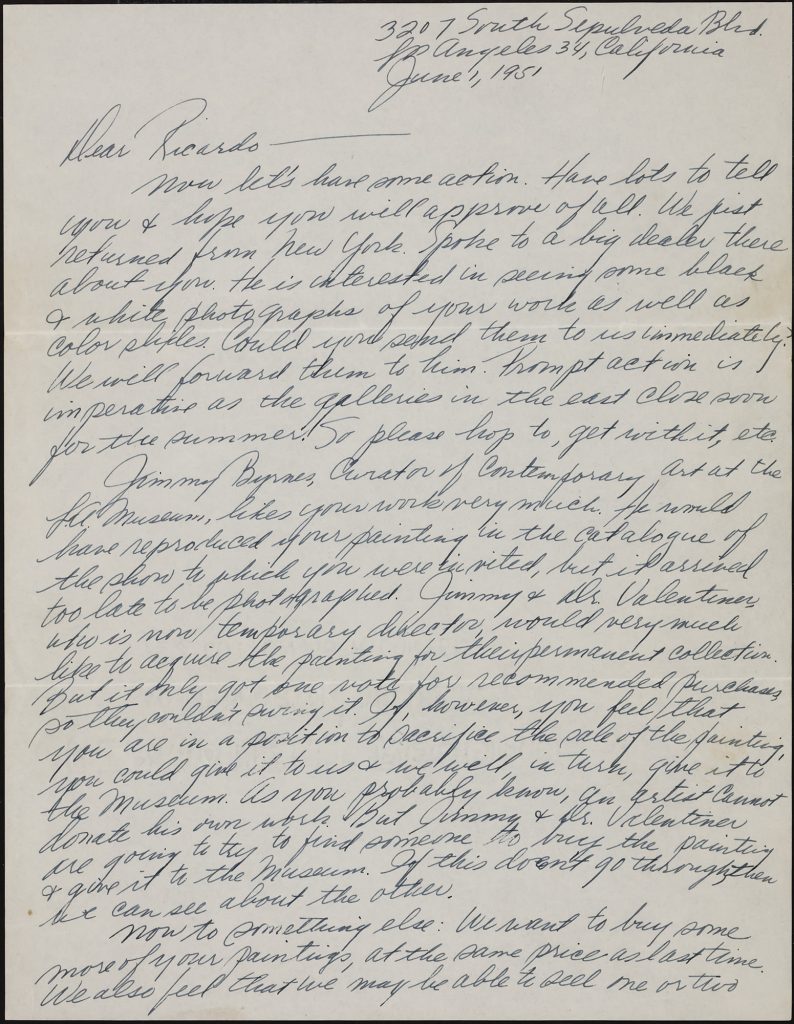 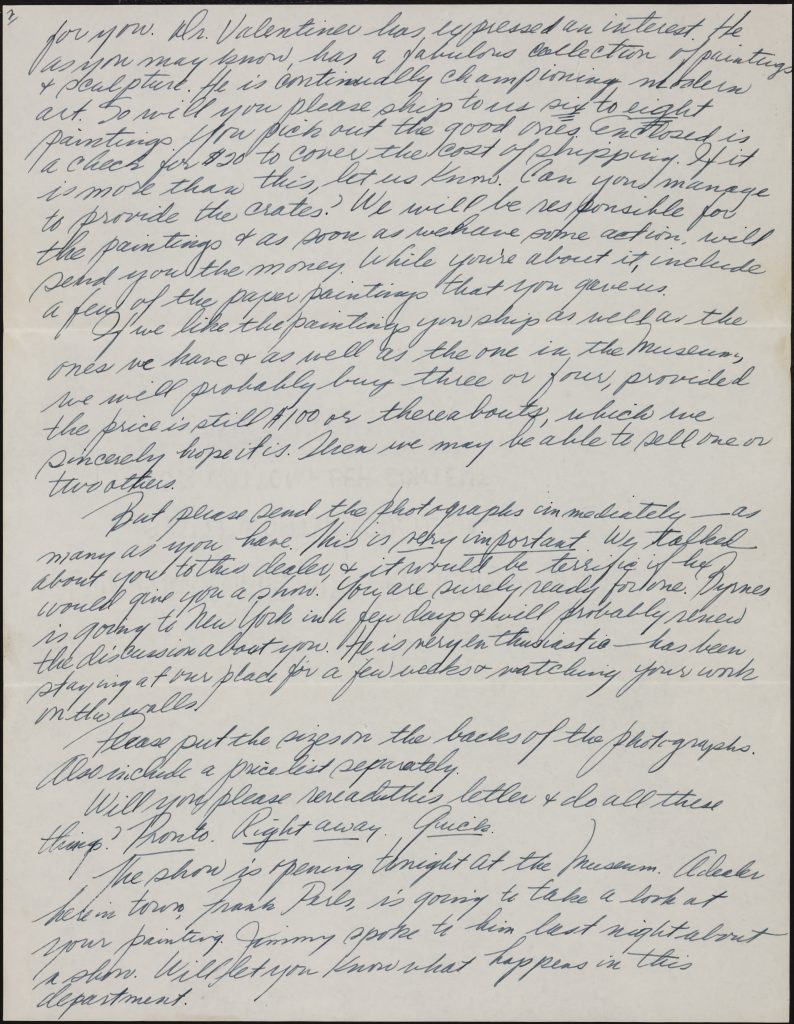 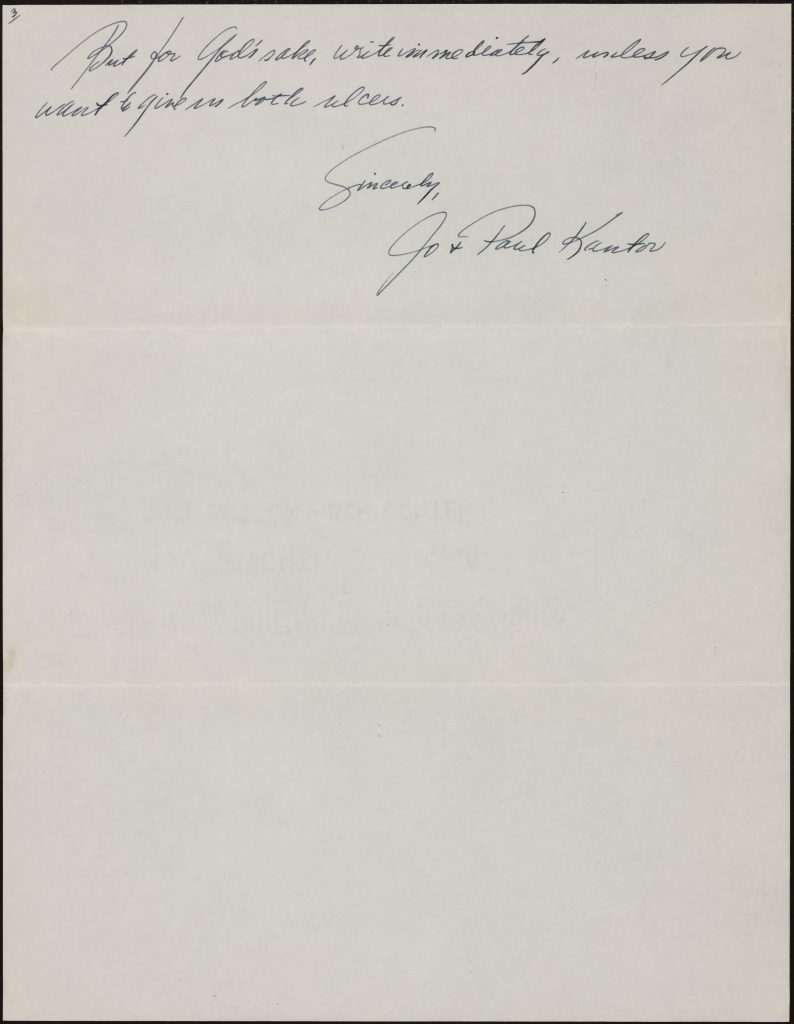 The correspondence between Richard and Phyllis in the summer of 1951 communicates one primary thread: Phyllis’s love of their New Mexico life. In a June 9th, 1951, letter sent from her mother’s home before her visit with the Kantors, Phyllis writes, “I miss New Mexico as well as you. It is very gloomy here—foggy and cold. It is nice among the orange trees but the road signs and motels, etc are rapidly procreating and it seems with increasing lack of taste . . . I love you ever so much—and will write again before you come. // Goodnight darling // Phil // P.S. How does it feel to have Arthur Millier think your painting is ‘very lovely’!”2 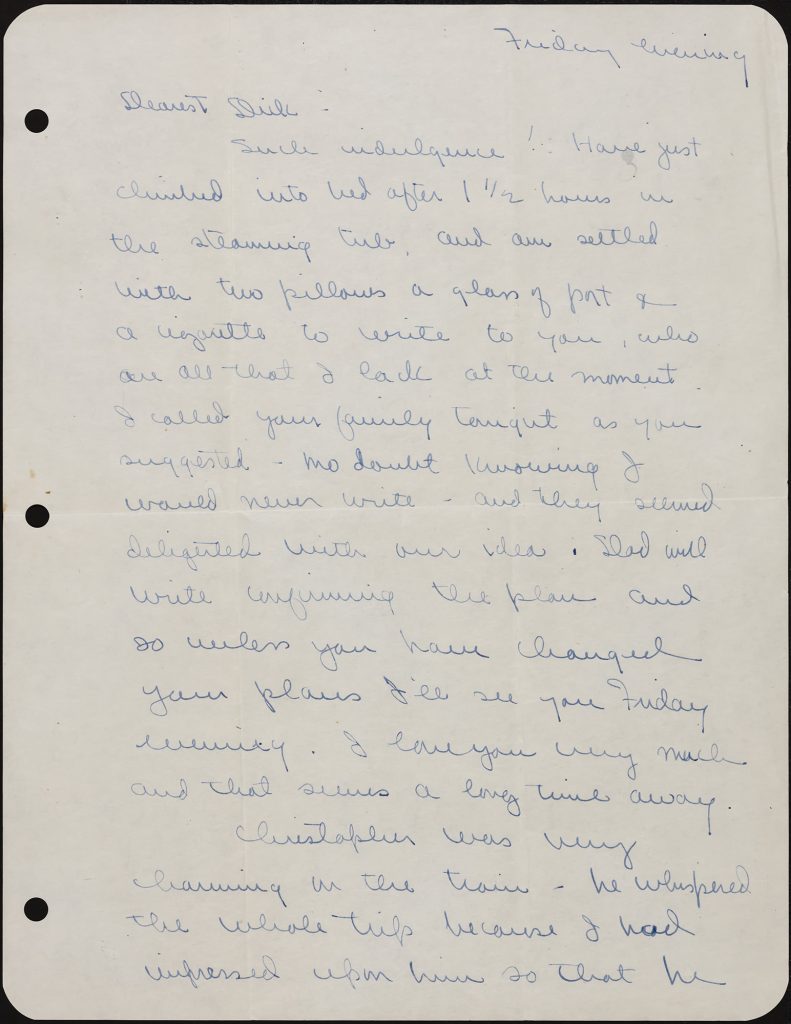 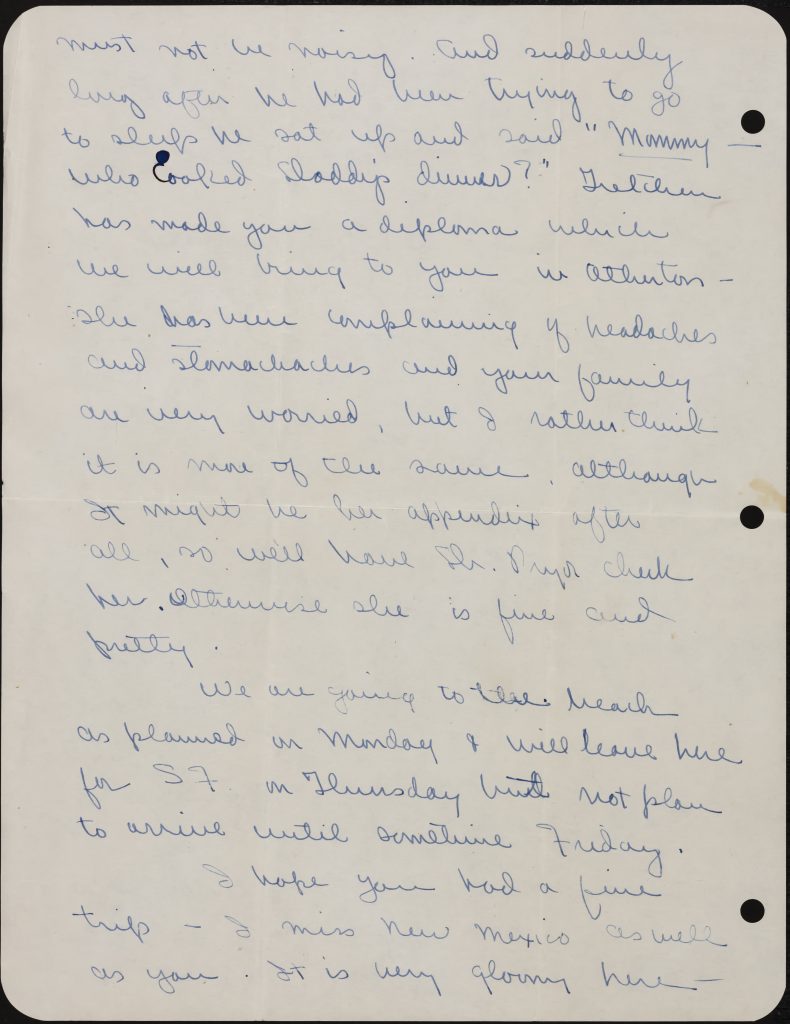 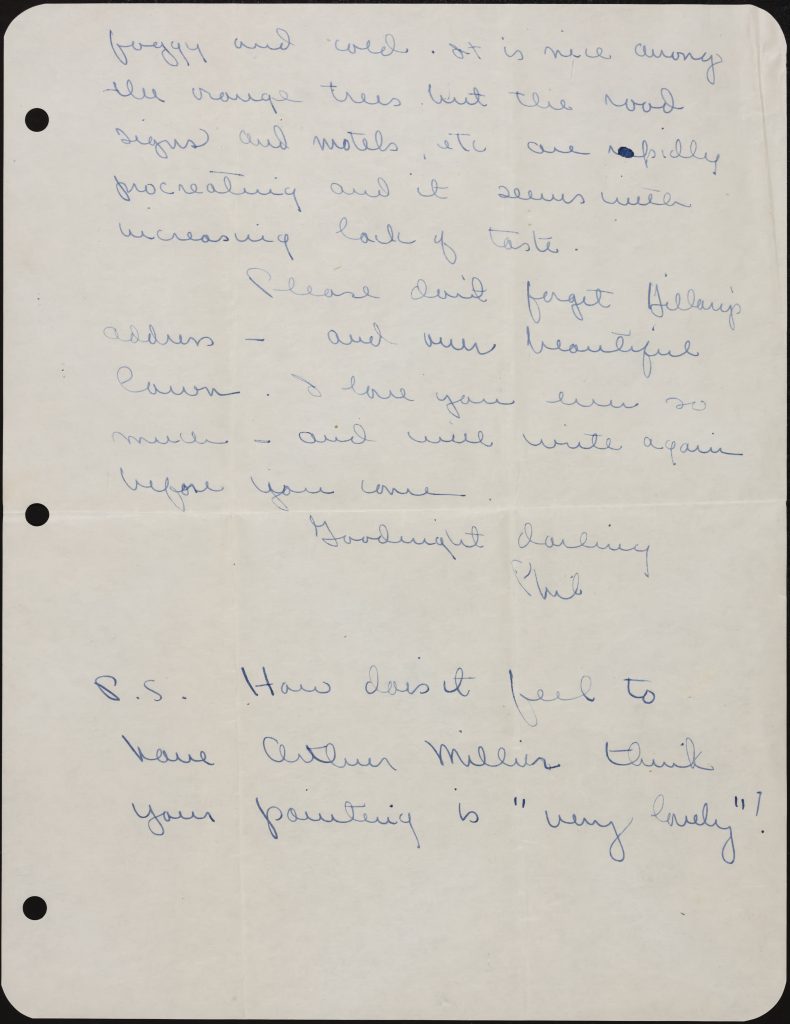 Later in the month, a long letter from Phyllis to Diebenkorn places her in the midst of the social aspects of the art world, but also includes details about pricing and the market. In a June 25th letter, she describes visiting a wealthy collector in Hollywood who possessed an attitude she found disagreeable. She writes, “The Kantors of course aren’t like this. They seem to be genuinely interested in your work and most of the things they have are very interesting. They are apparently friends with Ynez Johnston—told me about her analyst, etc and have a couple of her things, but except for that there aren’t too many links with these other people. They were wonderful to me3—took me to dinner at a glamorous spot on Wilshire Boulevard—plied me with scotch. No one apparently drinks anything but scotch—and they respected my statement that I wasn’t there to act as a representative for you.”

“I wish I could feel better about all this. Except for the Kantors I feel that these people are really desperate and represent an element in our society which is infinitely worse than the sort of solid middle class atmosphere we so often deplore….

1. Valentiner and Breasted were co-directors of the Los Angeles County Museum of Art, and Byrnes was the curator of painting at the museum. Millier was an art editor and critic for the Los Angeles Times.

3. Ynez Johnston was a friend of the Diebenkorns from San Francisco.