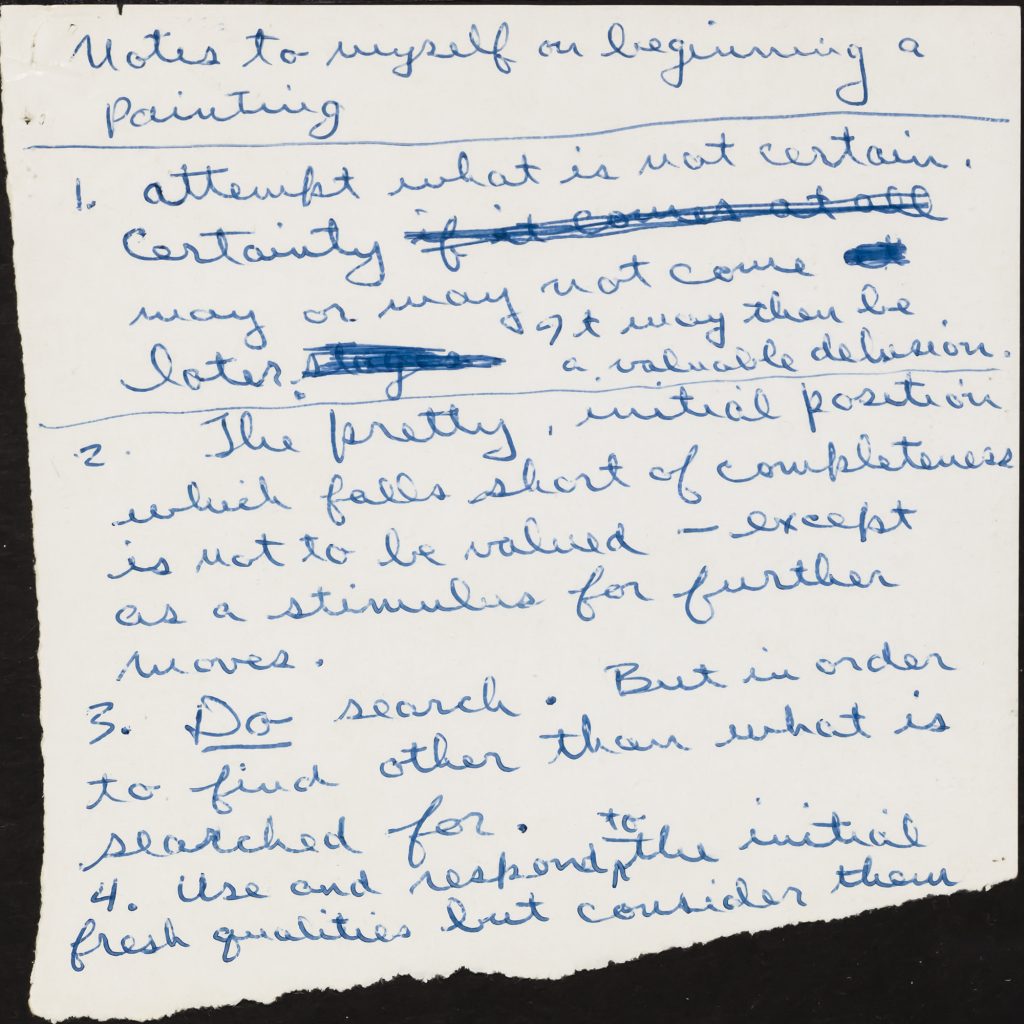 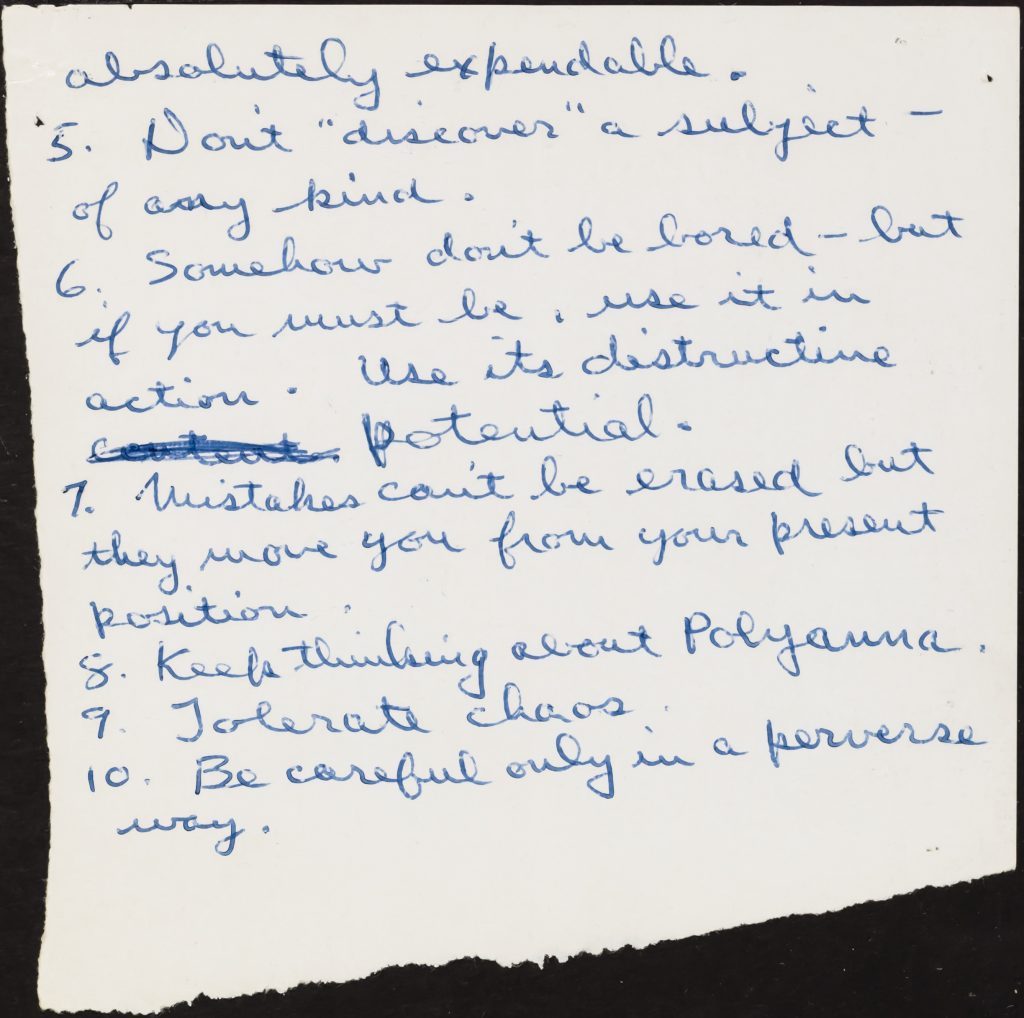 Diebenkorn preferred to let his art speak for itself and felt writing should be left to those who did so professionally. “Sometimes I feel I’m just too lazy or cowardly to speak up,” he once said. “But at other times I do speak up, and then I may really regret the way I’ve phrased something.”1 He did, however, leave behind an informal record of his thoughts on making art and being a painter. Many of his writings show erasures or strikethroughs, revealing how he worked through his musings, reflections, struggles, and discoveries.

Newly digitized as part of processing his archives, a group of studio notes by Richard Diebenkorn are now available to a wider audience online. The facsimiles remained largely unseen by the general public until now, published in their original form only once before in Richard Diebenkorn: The Catalogue Raisonné released in 2016. Prior to the four-volume publication, the texts were shared with a few curators and writers over the years, and transcriptions of some of them have appeared in earlier publications on the artist.2

2. “Around 1970 the artist provided a group of these reflections to Gerald Nordland, who referred to them in his 1976 essay for the Albright-Knox catalogue as ‘miscellaneous studio notes compiled by the artist.’ In 1997, at the time of the posthumous exhibition organized by the Whitney Museum of American Art, Phyllis Diebenkorn gave photocopies of a selection of the notes to the authors of the exhibition’s catalogue, where some are quoted.” Jane Livingston and Andrea Liguori, eds., Richard Diebenkorn: The Catalogue Raisonné, vol. 1 (New Haven and London: Yale University Press in association with the Fine Arts Museums of San Francisco and the Richard Diebenkorn Foundation, 2016), 198.