In an effort to recreate the visual and educational experience of the exhibition as much as possible, we recently spoke with the artist’s daughter, Gretchen Diebenkorn Grant, who shares her personal insights and memories of her father’s service in the war. Her remarks help contextualize the newly digitized archival materials on view in the gallery and now available on diebenkorn.org. 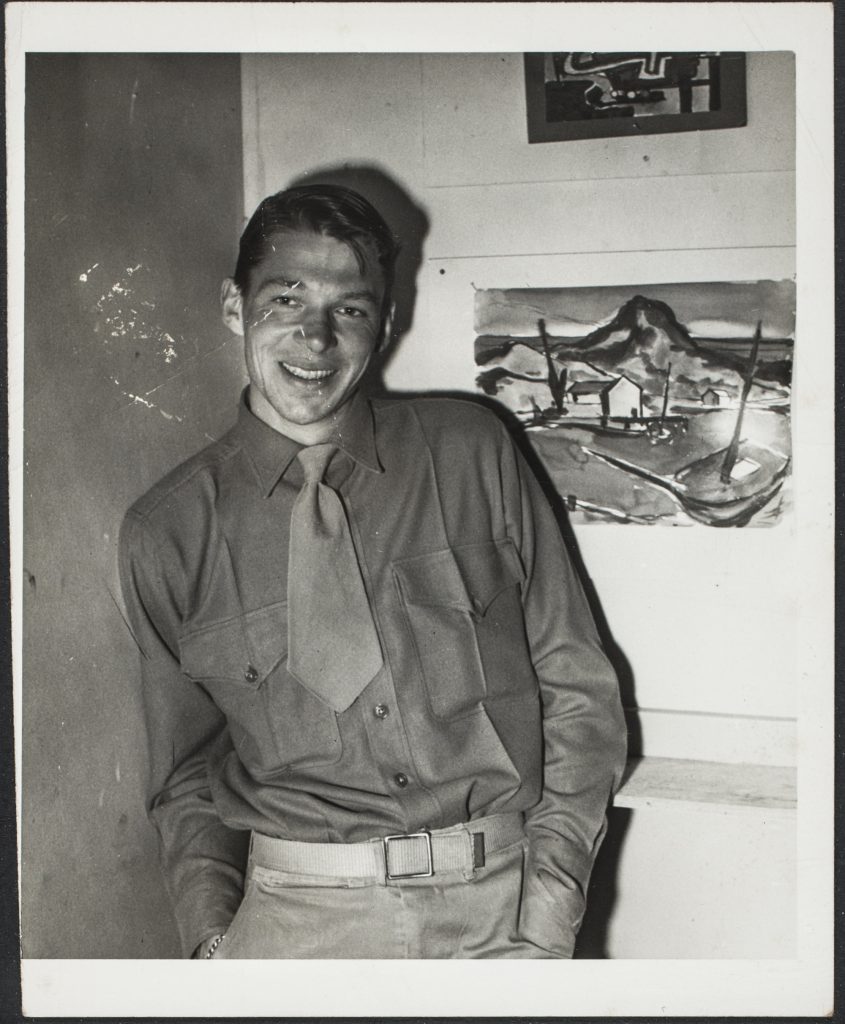 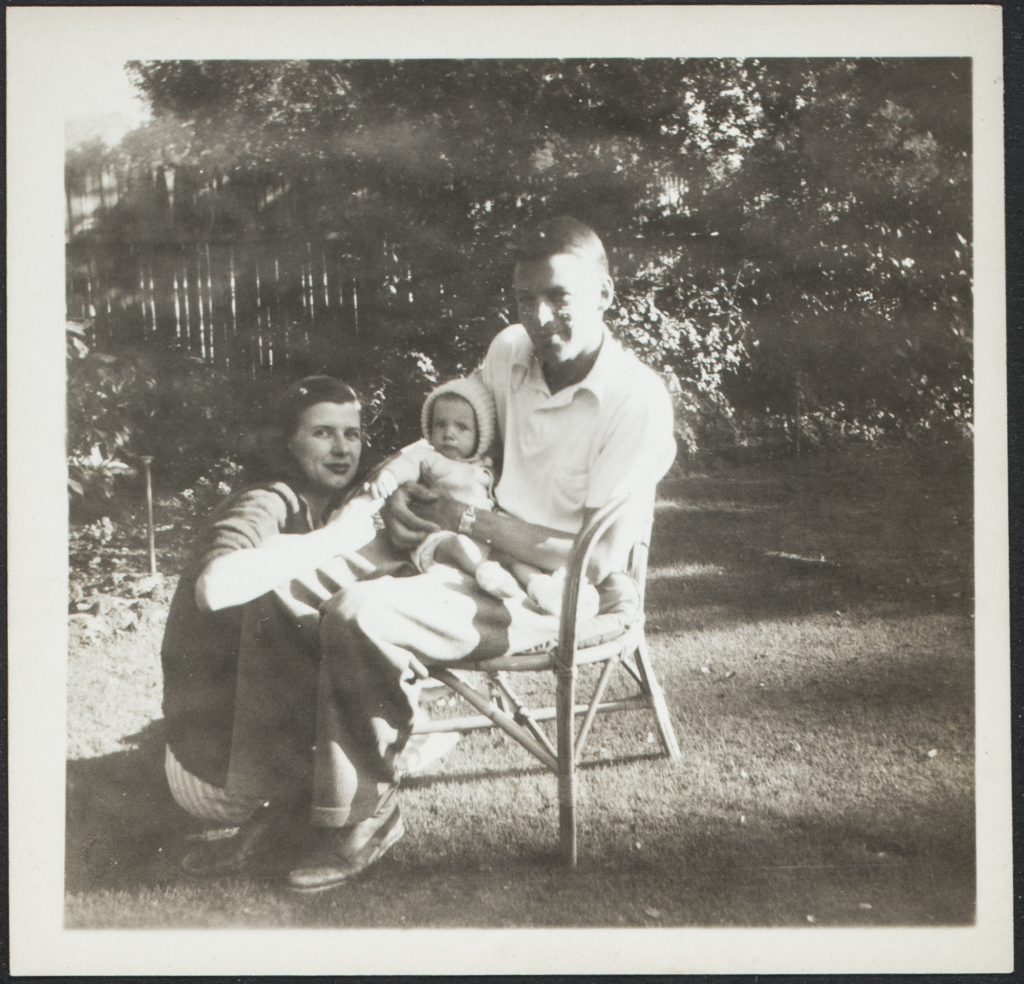 Could you speak to your experience putting together the selection of wartime drawings for the exhibition Richard Diebenkorn: Special Presentation | Wartime Works 1943–1945 at Van Doren Waxter?

A few years ago I was asked to make a presentation at Greil Marcus’ class at UC Berkeley about what my father and other artists were doing in the year 1948.  To prepare the students for the year 1948, I began with a presentation of my father’s work just before 1948 — in short, the years of the war and right after.  I had chosen a few of the wartime drawings to show them to give a sense of how he was seeing the war and its impact. After the talk the students only wanted to talk about his war drawings.

I have always been moved by these works.  I never saw them when my father was alive so unfortunately I wasn’t able to ask him about them.  So their connection and meaning to me is strictly my own.

I am struck by the high degree of emotional connection I feel to them. The men who as yet haven’t gone overseas are bored and communicate an extreme sense of waiting. They are sitting, sleeping, dozing, often with their eyes closed.  The sense of men cooped up together is palpable. In the drawings of those men who have returned the eyes are wide open and haunted as if they are unable to stop seeing what they have seen.  And the career military officers are often characterized, in the way of some of the artists during the first world war presented their leaders, as an ugly cartoon of power.

I wanted to include all the types of figures because his experience of the war wasn’t just one thing.

What was most remarkable to you after seeing the items in the vitrine?

I had never read these letters before and I am struck by how consistent he was over his life about what he cared about. His frustration about how to express himself in language remained for his whole life because he cared so very much about the particular words he chose. There are elements of the finished chair drawing that look like they could have been done 40 years later. Fascinating. 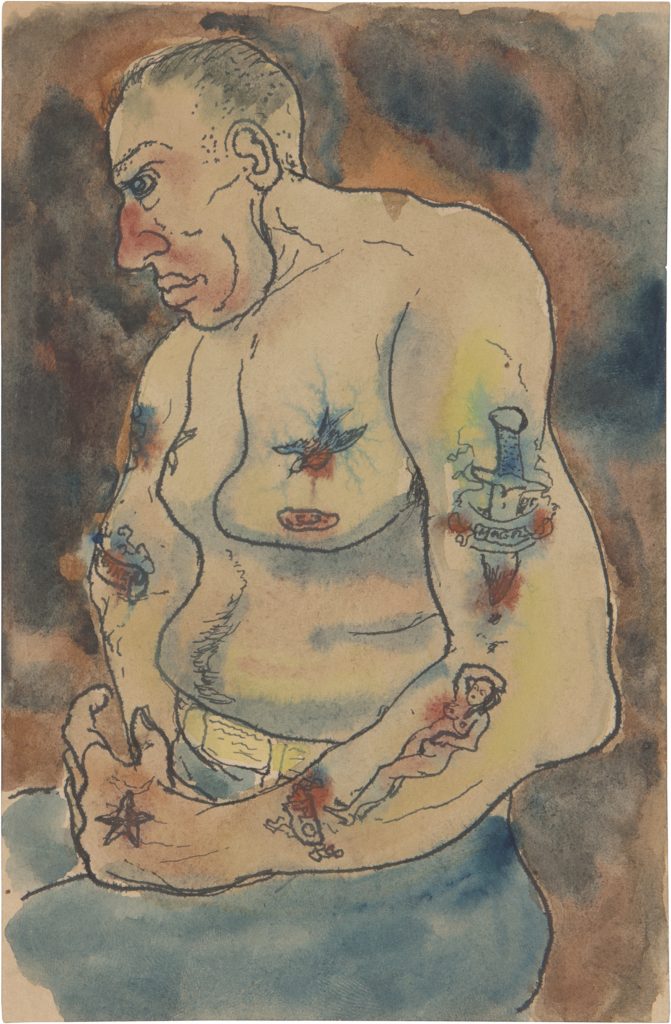 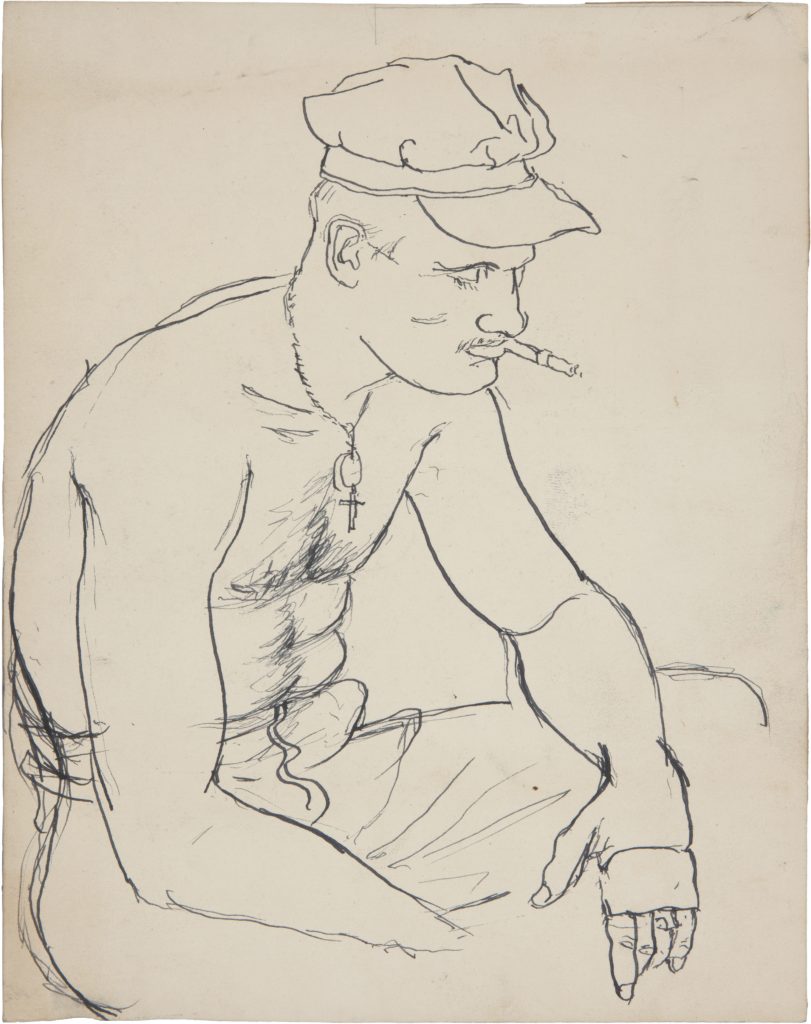 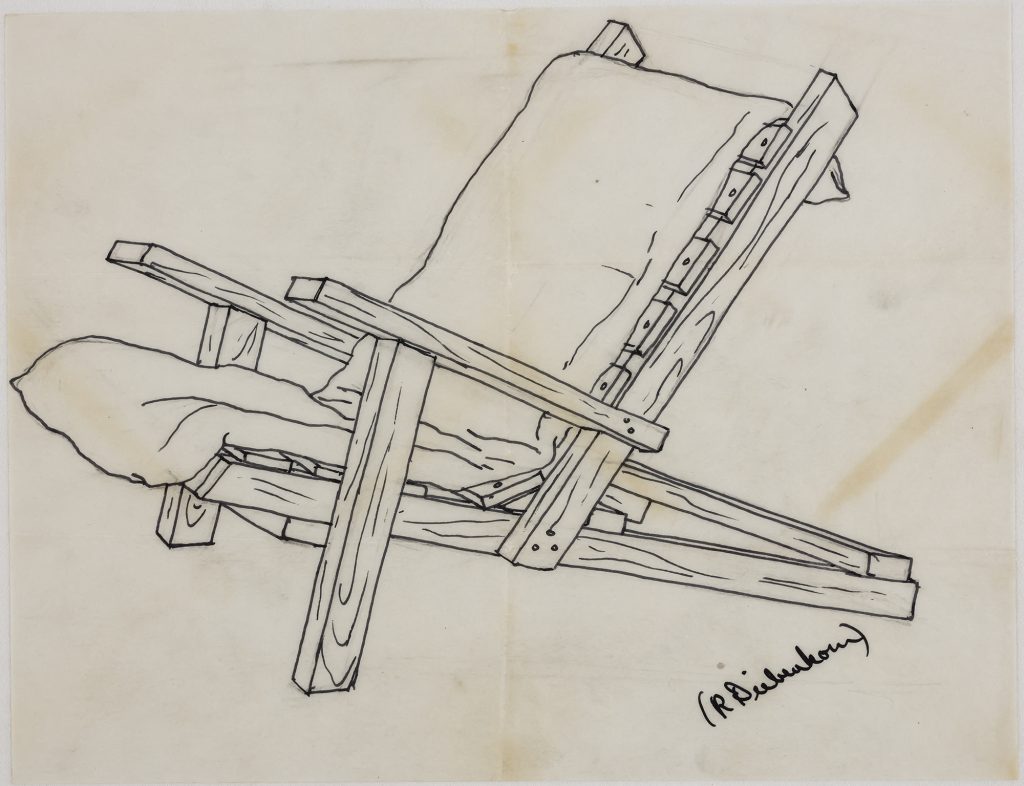 Could you speak to your experience reading the letters between your parents during the war and how your dad spoke about his painting, landscape, and color during this time?

I was fascinated that in the middle of his personal upheaval (separation from his new wife, moving across the country, living in spartan and often physically unpleasant surroundings) that looking and seeing in the way he did for his whole life is foremost in his thoughts.  And the letter about the chair — this is so typical of the way he attacked any idea that it made me laugh out loud.  It reminds me of my father setting out to wrap a package — it could take hours and was amazing to behold when it was done. He made or altered furniture all of his life with the same excitement and focus as that expressed in this letter. As he points out, it is almost as good as being able to paint a picture.

What are your memories of hearing your parents talk about the war?

Like many families, my parents and their friends didn’t discuss the war much.  We have family stories about my father dropping his gun in a parade and not being promoted, about meeting his friend Bill Davenport in Hawaii when they were stationed there, about the bus trips back and forth from the East Coast that my parents took when he was stationed in South Carolina and my mother was in Washington D.C., and about spending the day at The Phillips Collection. However, one thing I will always remember: my father insisted that they make contributions to veterans’ causes to the end of his life even though my memory of him was as a pacifist. And a very important memory for me was my father asking the German girlfriend of a close friend to leave our house because she began spouting Nazi dogma.

In March 2020, Richard Diebenkorn: Paintings and Works on Paper 1946–1952 and Richard Diebenkorn: Special Presentation | Wartime Works 1943–1945 were scheduled to open at Van Doren Waxter in New York. Due to COVID-19 and shelter-in-place orders, the gallery became one of the first to announce online viewing of the exhibitions, making the catalogue with its new, scholarly essay by Scott A. Shields, installation and artwork images, and the press release all available for free on vandorenwaxter.com.