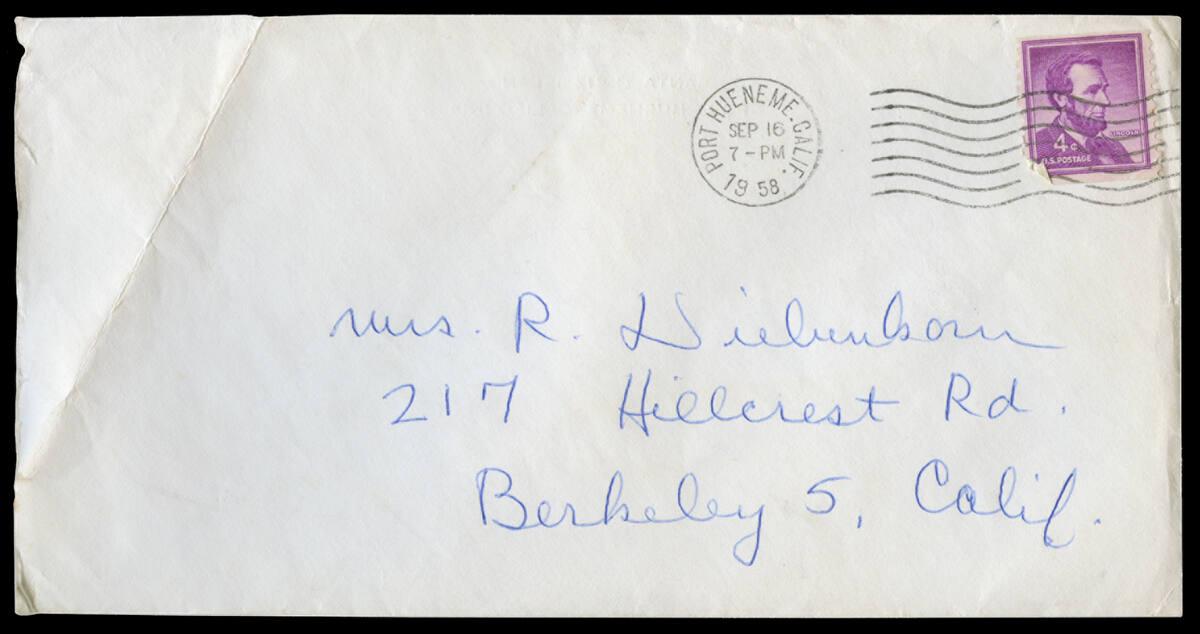 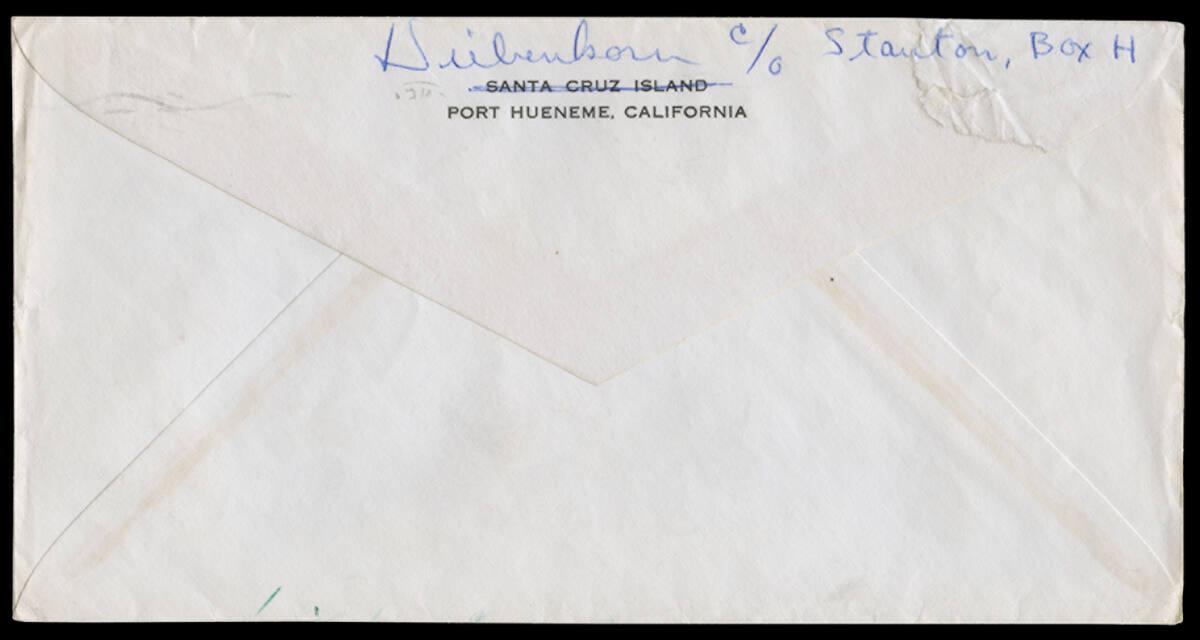 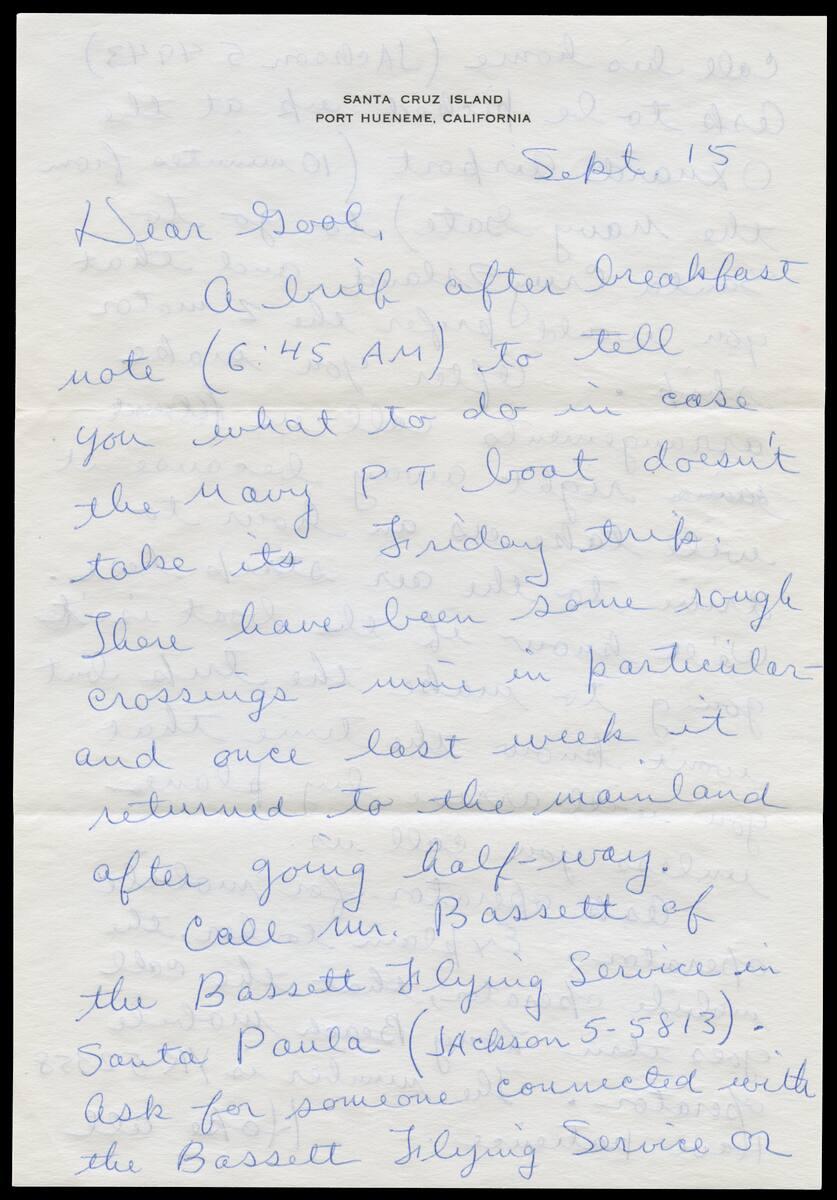 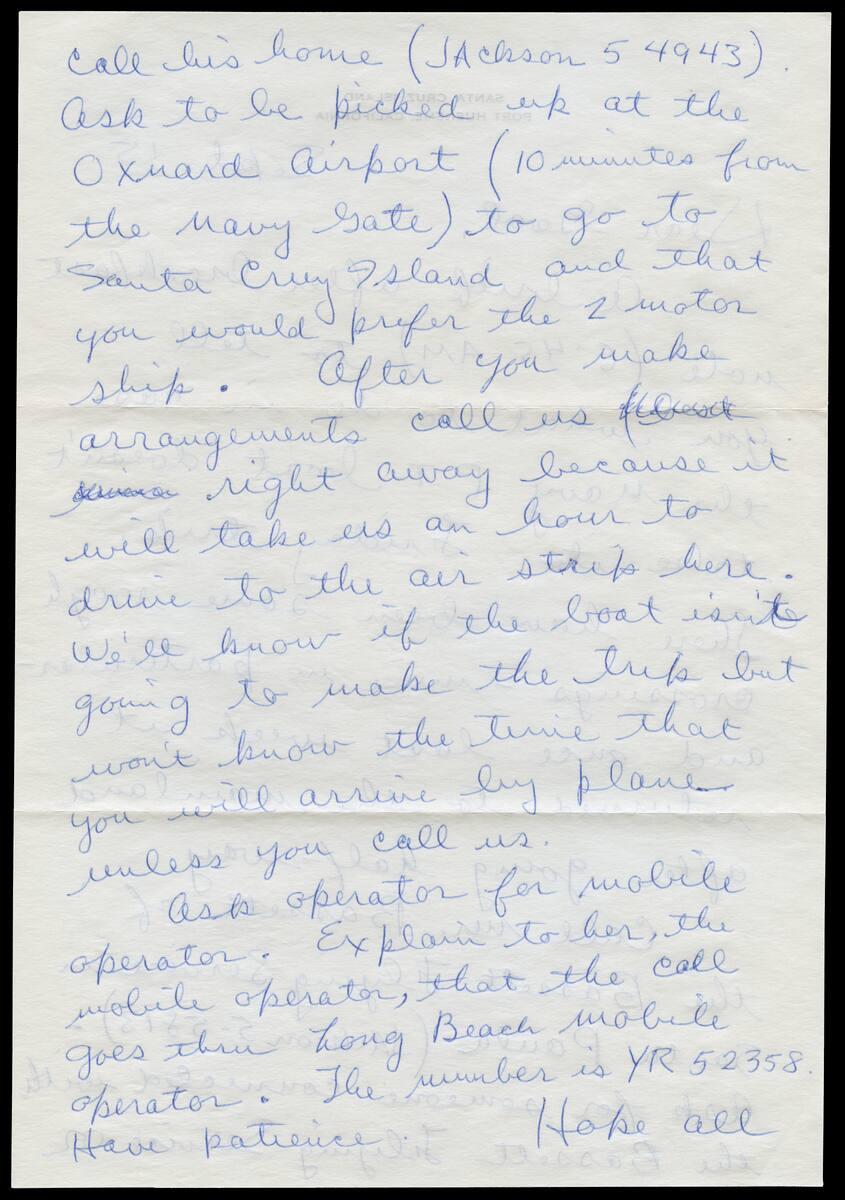 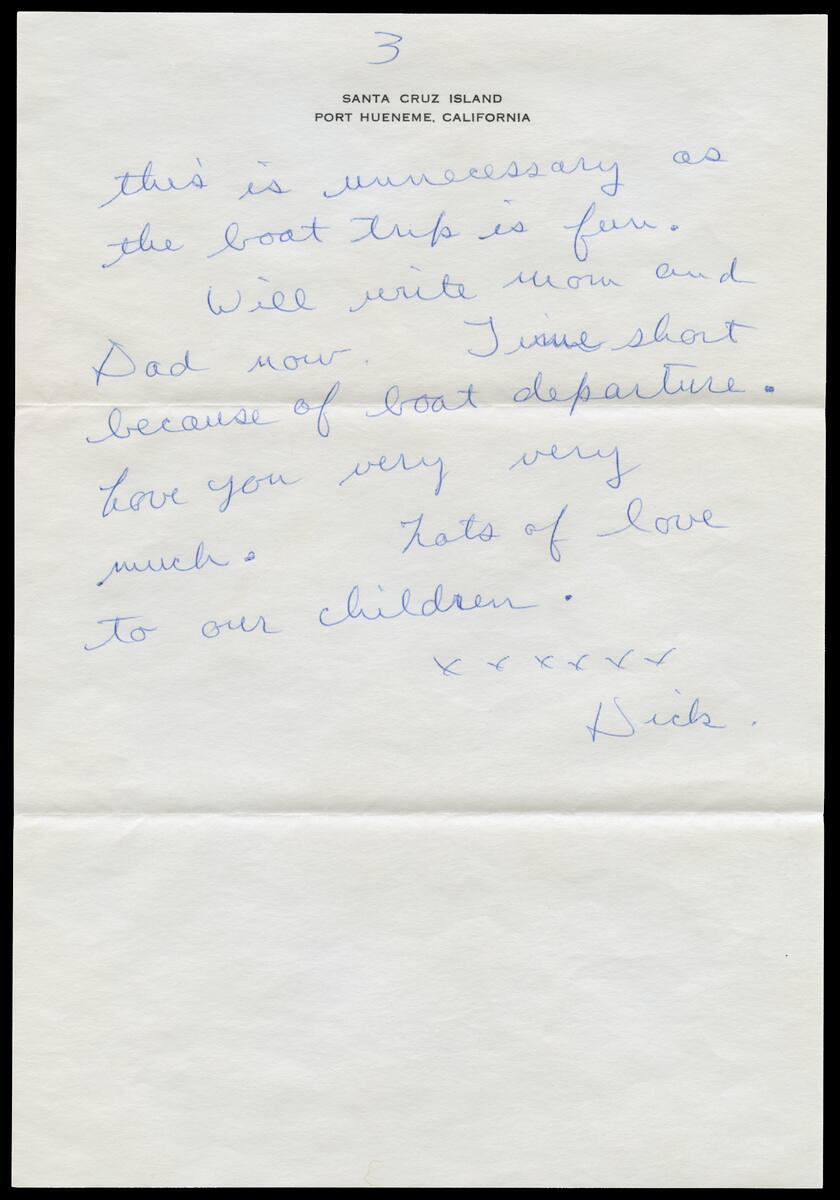 Diebenkorn met Stanton while they were undergraduates at Stanford University, and they became lifelong friends. Stanton was Diebenkorn's best man at his wedding to Phyllis in 1943.

Stanton's family purchased nine-tenths of Santa Cruz Island, one of the California Channel Islands off the coast of Santa Barbara, in 1937, and Stanton moved there permanently in 1957. Diebenkorn traveled to the island for the first time in 1958 and returned thirty-seven times over the course of his lifetime.

The artist traveled to what he referred to as "Carey's Island" almost every year, sometimes twice, until Stanton's death in 1988. He was frequently joined by his wife Phyllis and their children, celebrating the occasional holiday or birthday. The Santa Cruz Island Foundation's book Richard Diebenkorn and Carey Stanton: A Private Collection offers a personal account of the two men's friendship and the presence of the island in the Diebenkorns' lives. Also, read our From the Basement feature "Meeting Santa Cruz Island" under the Archives menu bar on diebenkorn.org.

A brief after breakfast note (6:45 AM) to tell you what to do in case the Navy PT boat doesn’t take its Friday trip. There have been some rough crossings – mine in particular – and once last week it returned to the mainland after going half-way.

Call Mr. Bassett of the Bassett Flying Service in Santa Paula (JAckson 5-5813). Ask for someone connected with Bassett Flying Service or call his home (JAckson 5 4943). Ask to be picked up at the Oxnard Airport (10 minutes from the Navy Gate) to go to Santa Cruz Island and that you would prefer the 2 motor ship. After you make arrangements call us right away because it will take up an hour to drive to the air strip here. We’ll know if the boat isn’t going to make the trip but won’t know the time that you will arrive by plane unless you call us.

Will write Mom and Dad now. Time short because of boat departure. Love you very much. Lots of love to our children.