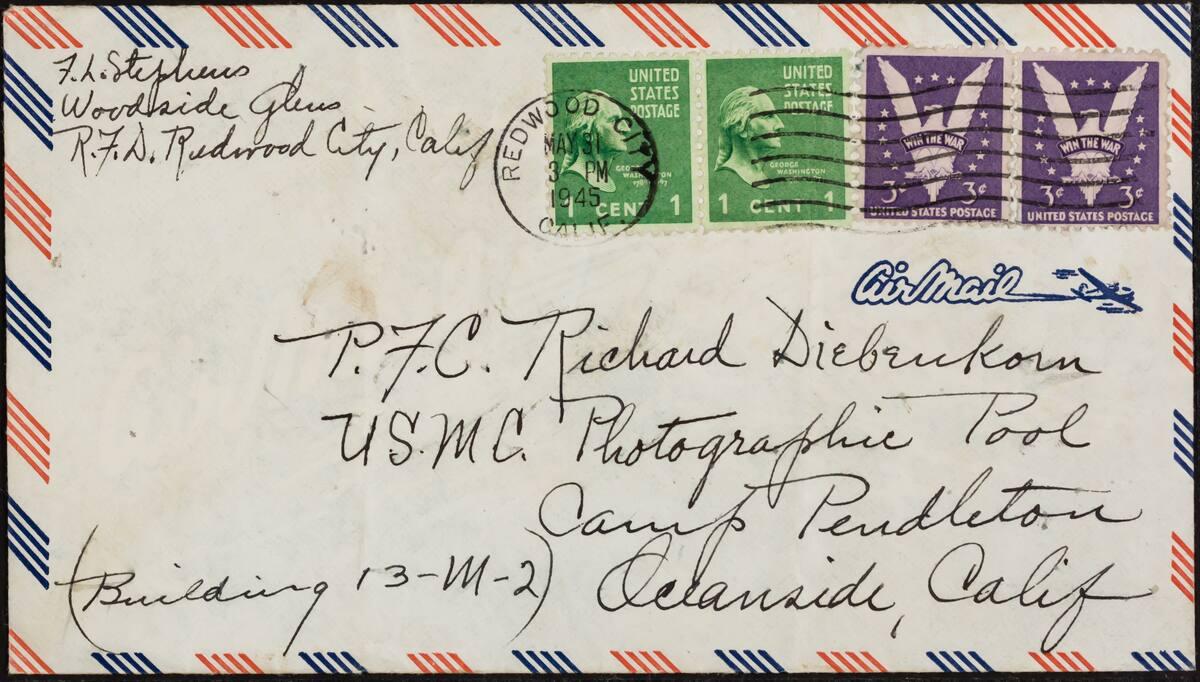 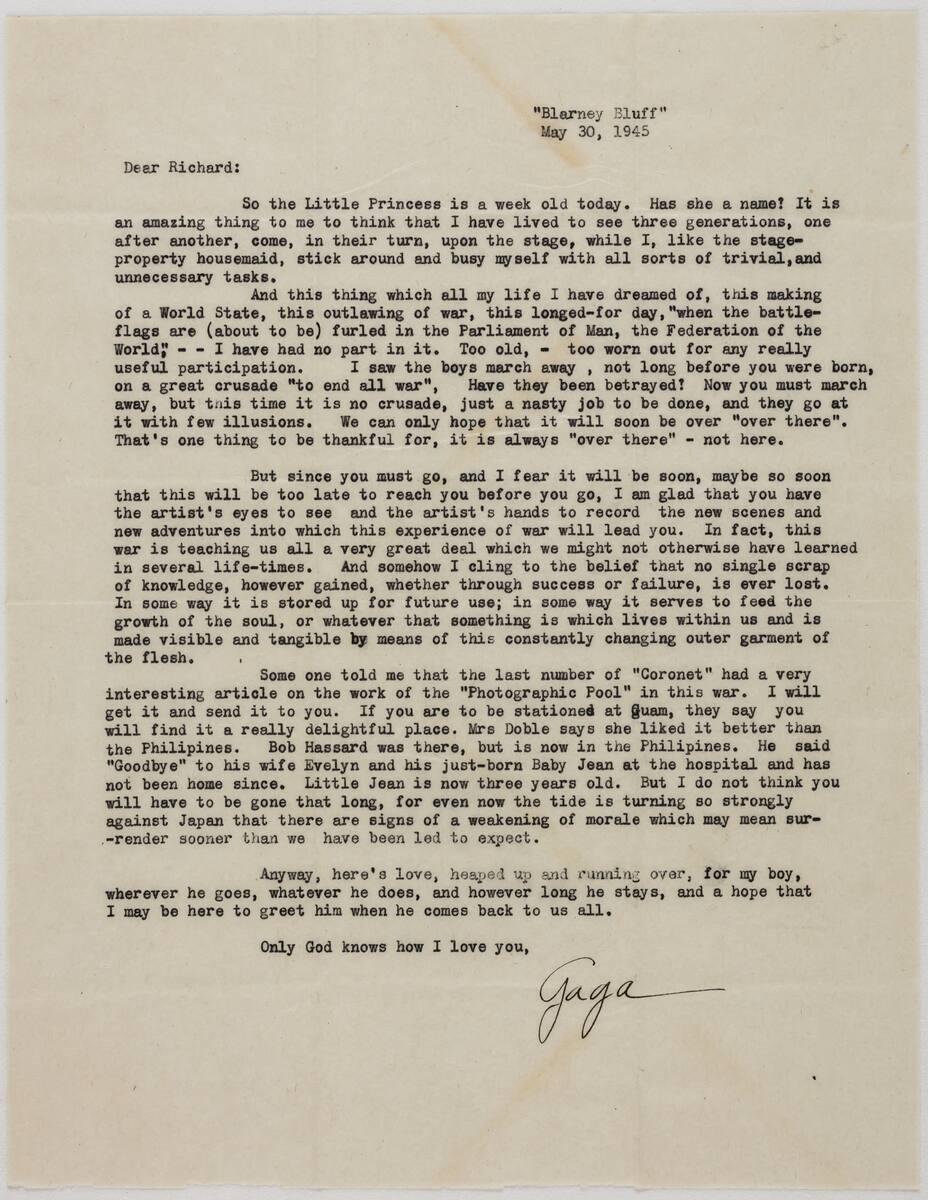 Correspondence from Florence Stephens, the artist's maternal grandmother, to Richard Diebenkorn while he was serving in the U.S. Marine Corps during World War II, 30 May 1945

So the Little Princess is a week old today. Has she a name? It is an amazing thing to me to think that I have lived to see three generations, one after another, come, in their turn, upon the stage, while I, like the stage-property housemaid, stick around and busy myself with all sorts of trivial, and unnecessary tasks.

And this thing which all my life I have dreamed of, this making of a World State, this outlawing of war, this longed-for day, "when the battle-flags are (about to be) furled in the Parliament of Man, the Federation of the World," – – I have had no part in it. Too old, –  too worn out for any really useful participation.    I saw the boys march away, not long before you were born, on a great crusade "to end all war", Have they been betrayed? Now you must march away, but this time it is no crusade, just a nasty job to be done, and they go at it with few illusions. We can only hope that it will soon be over "over there". That's one thing to be thankful for, it is always "over there" – not here.

But since you must go, and I fear it will be soon, maybe so soon that this will be too late to reach you before you go, I am glad that you have the artist's eyes to see and the artist's hands to record the new scenes and new adventures into which this experience of war will lead you. In fact, this war is teaching us all a very great deal which we might not otherwise have learned in several life-times. And somehow I cling to the belief that no single scrap of knowledge, however, gained, whether through success or failure, is ever lost. In some way it is stored up for future use; in some way it serves to feed the growth of the soul, or whatever that something is which lives within us and is made visible and tangible by means of this constantly changing outer garment of the flesh.

Some one told that the last number of "Coronet" had a very interesting article on the work of the "Photographic Pool" in this war. I will get it and send it to you. If you are to be stationed at Guam, they say you will find it a really delightful place. Mrs Doble says she liked it better than the Philipines. Bob Hassard was there, but is now in the Philipines. He said "Goodbye" to his wife Evelyn and his just-born Baby Jean at the hospital and has not been home since. Little Jean is now three years old. But I do not think you will have to be gone that long, for even now the tide is turning so strongly against Japan that there are signs of a weakening of morals which may mean surrender sooner than we have been led to expect.

Anyway, here's love, heaped up and running over, for my boy, wherever he goes, whatever he does, and however long he stays, and a hope that I may be here to greet him when he comes back to us all.

Only God knows how I love you,