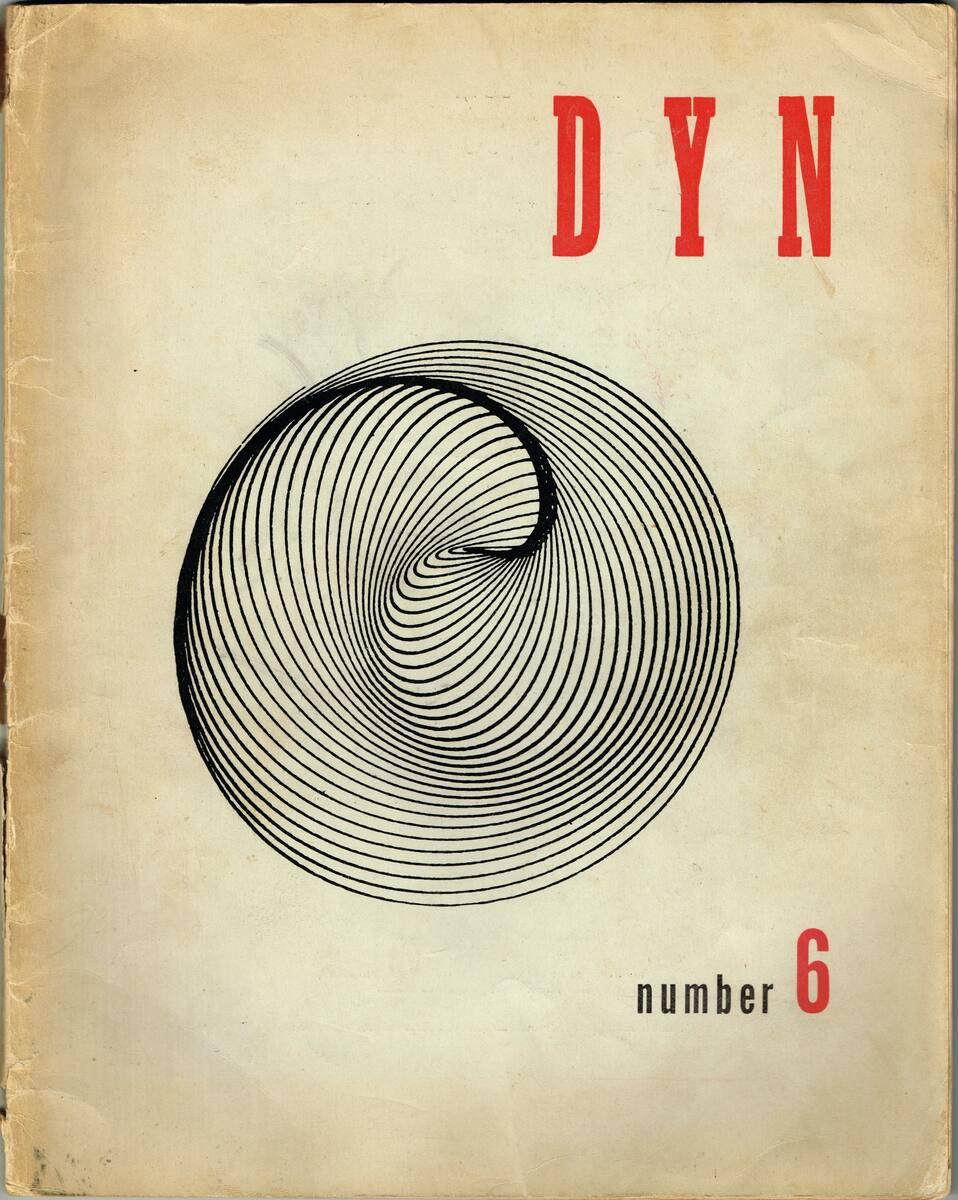 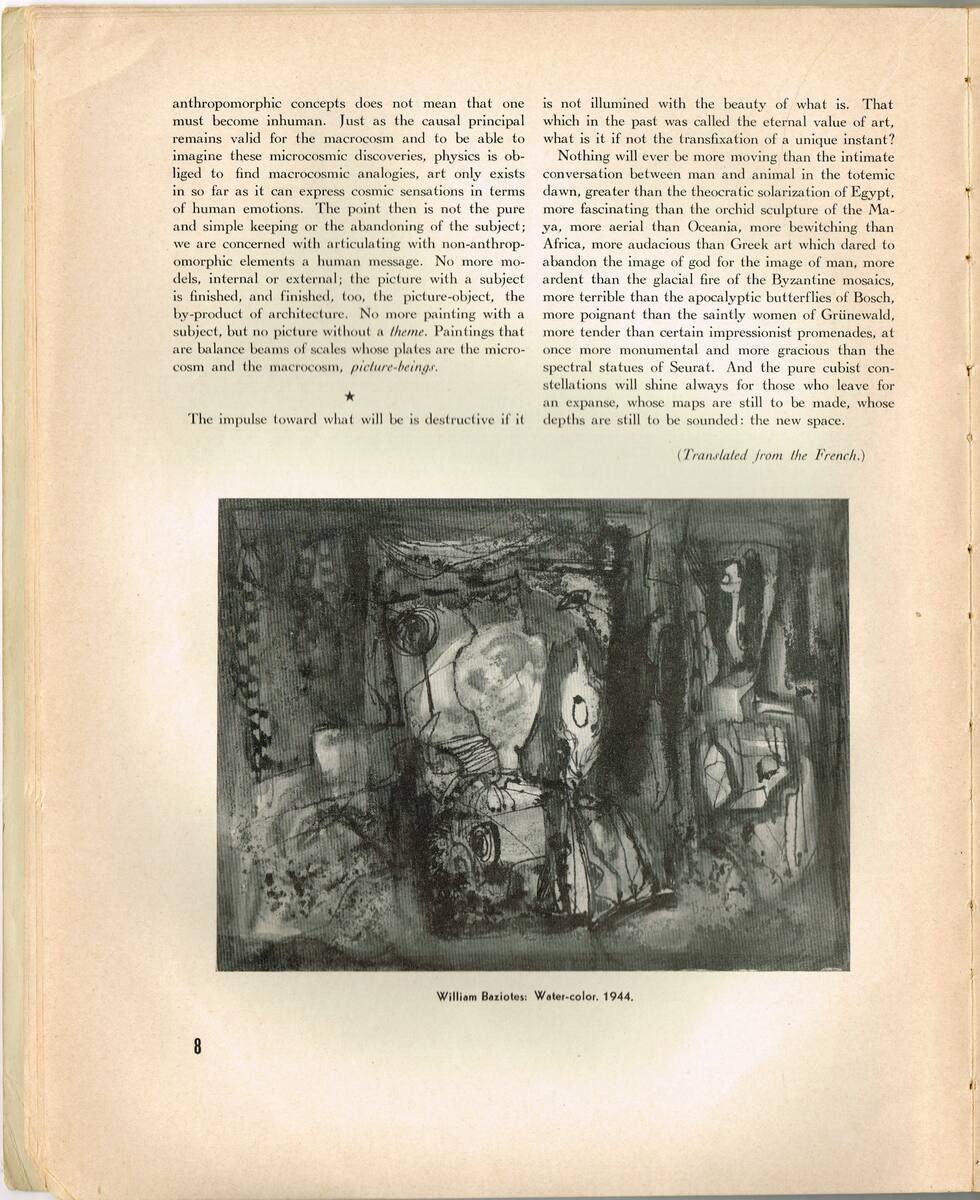 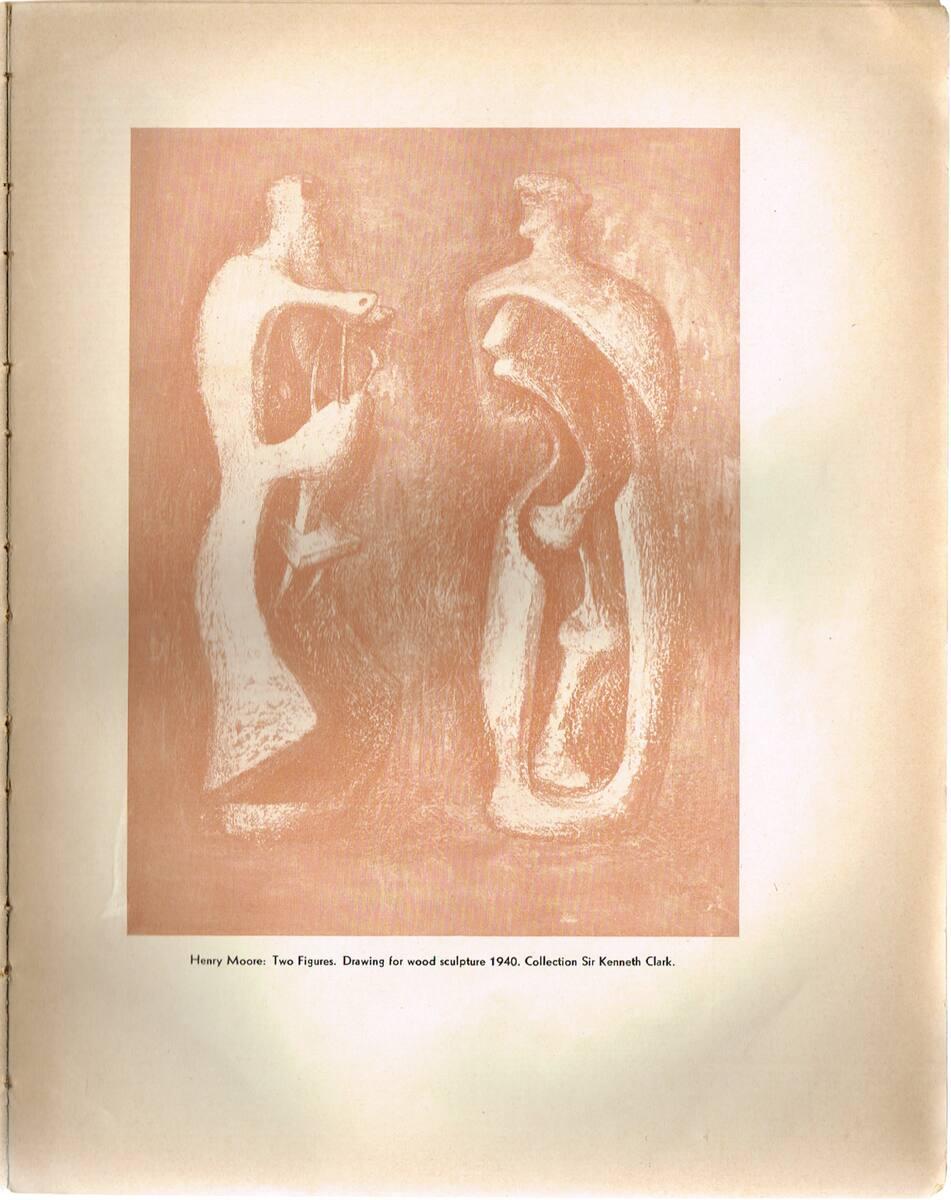 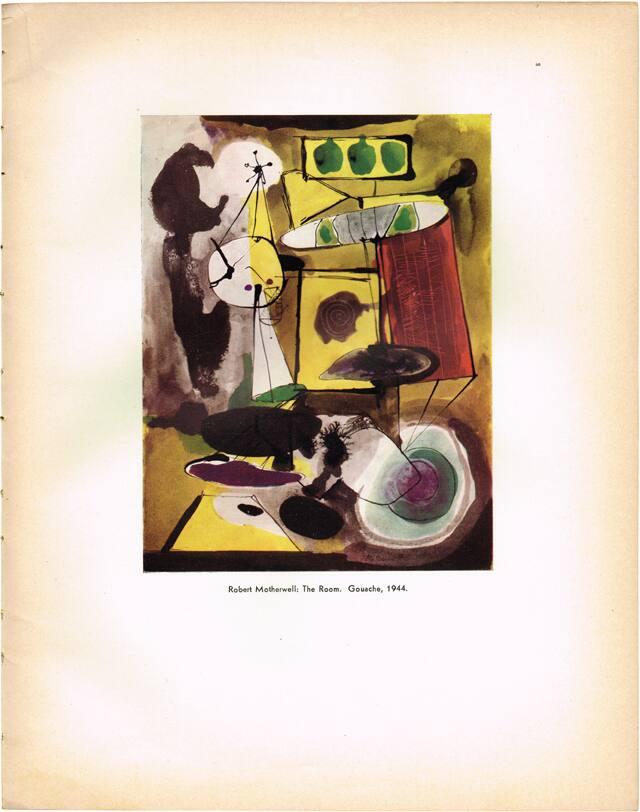 Date:
Medium:
Magazine
Current owner:
Richard Diebenkorn Foundation Archives
Credit Line:
Courtesy of the Richard Diebenkorn Foundation
RD number:
RDFA.266
Artist's copy of Dyn magazine, no. 6, November 1944, with pages of William Baziotes's Water-color (1944), Henry Moore's Pen Drawings (1940), and Robert Motherwell's The Room (1944), which is cut out of the artist's copy; many of the books in the artist's library contain self-pasted-in reproductions from other sources

In the winter of 1945, Richard Diebenkorn was transferred to Camp Pendleton, a marine base outside of San Diego, to await deployment overseas to Japan. He traveled by train from the east coast and arrived in California on January 5. He visited his parents in Atherton and took a trip to the San Francisco Museum of Art (SFMA) where he bought the November 1944 issue of Dyn magazine, published and edited by Wolfgang Paalen. The issue contained the essay "The Modern Painter's World" by Robert Motherwell, and Diebenkorn noted that at the time he "was working between a very abstract kind of representation and what was later to be called Abstract Expressionism, where I was actually not using subjects or, rather, representational types of subjects....By the time I went overseas, I had all of this modernism in my head."

"I leafed through this magazine," Diebenkorn continued, "and I saw pictures in there that had a great effect on me. There was one by Robert Motherwell and several by William Baziotes. Now, I was steeped in Matisse and Picasso, and Cubism, and I suddenly realized there was something different here—very much related, but something else as well. That got under my skin right away. And so it wasgoodbye to doing my landscapes and drawing my comrades. I started to do abstract painting."