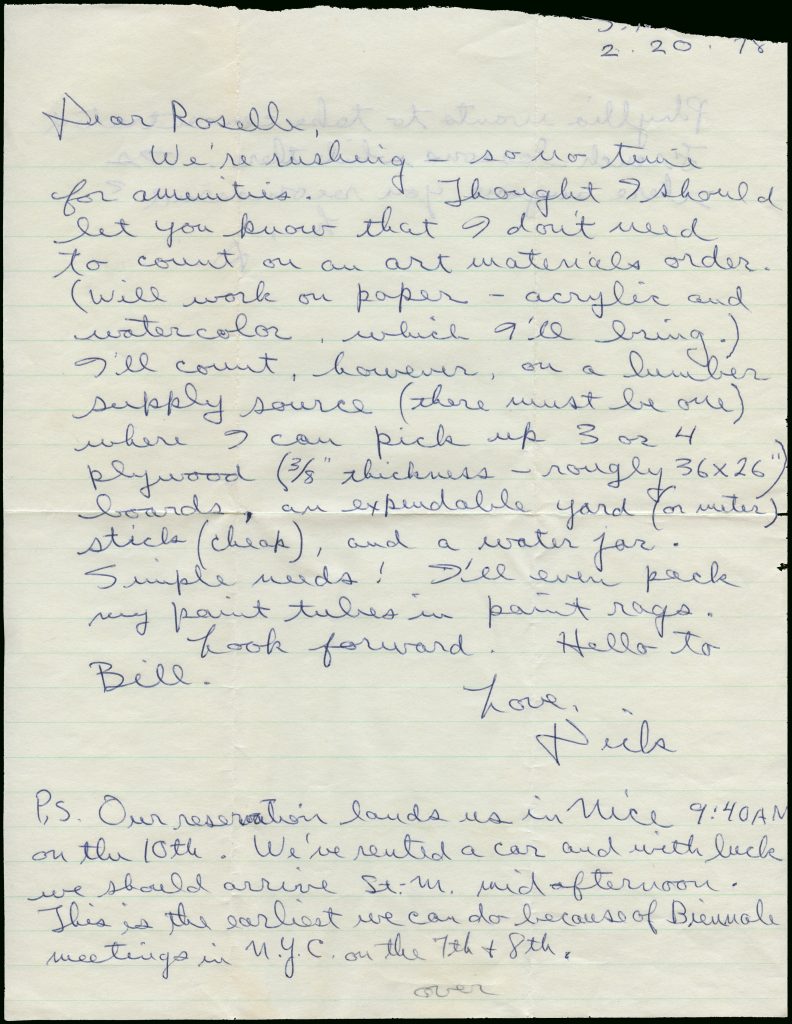 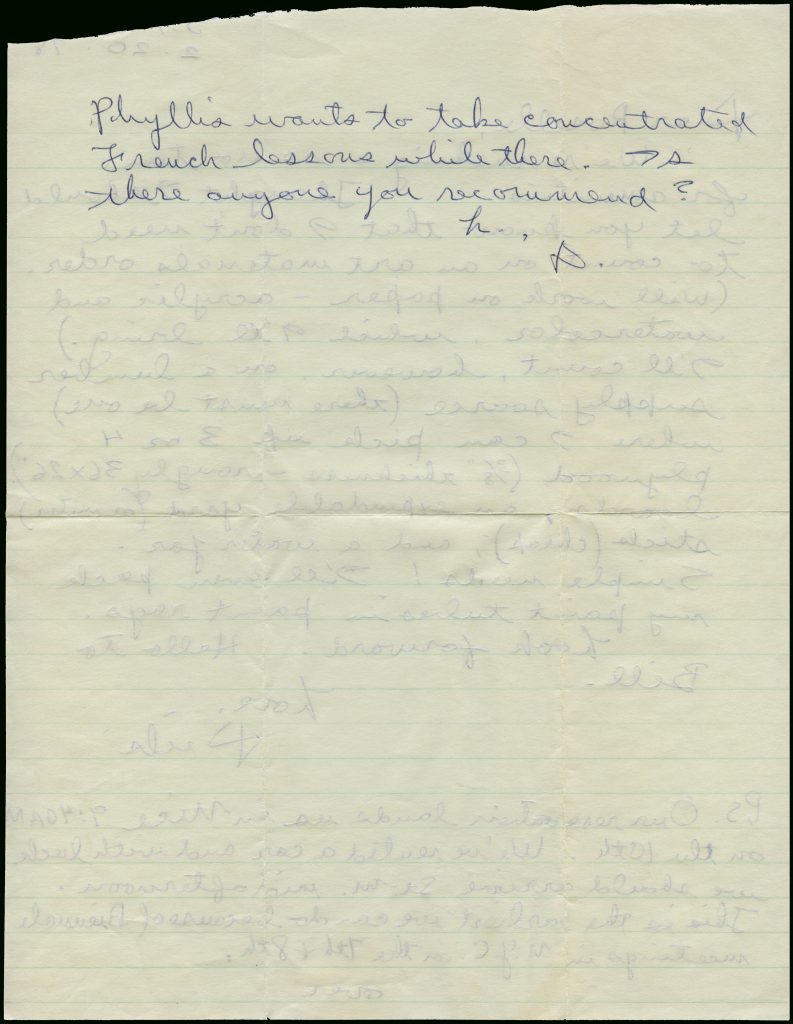 In 1978 Richard and Phyllis Diebenkorn traveled to Régusse, near Aups in Provence, where they settled for four months with their friends William (Bill) and Roselle Davenport. The Davenport’s home, known as Bastide St. Martin, was situated just outside of town and, while not their first visit, it was to be their longest stay. Roselle was also an artist, and Diebenkorn planned to set up shop in her studio.1 His time there was thought to be restful but ultimately unproductive: the artist described bringing back a number of works but ultimately destroying all except one. “The light,” he said, “was too French.”2 In this installment of From the Basement, we examine a rare moment in Diebenkorn’s career when he created a body of work away from home. And, with the help of recently discovered archival material, we arrive at some new conclusions about his artistic production abroad. 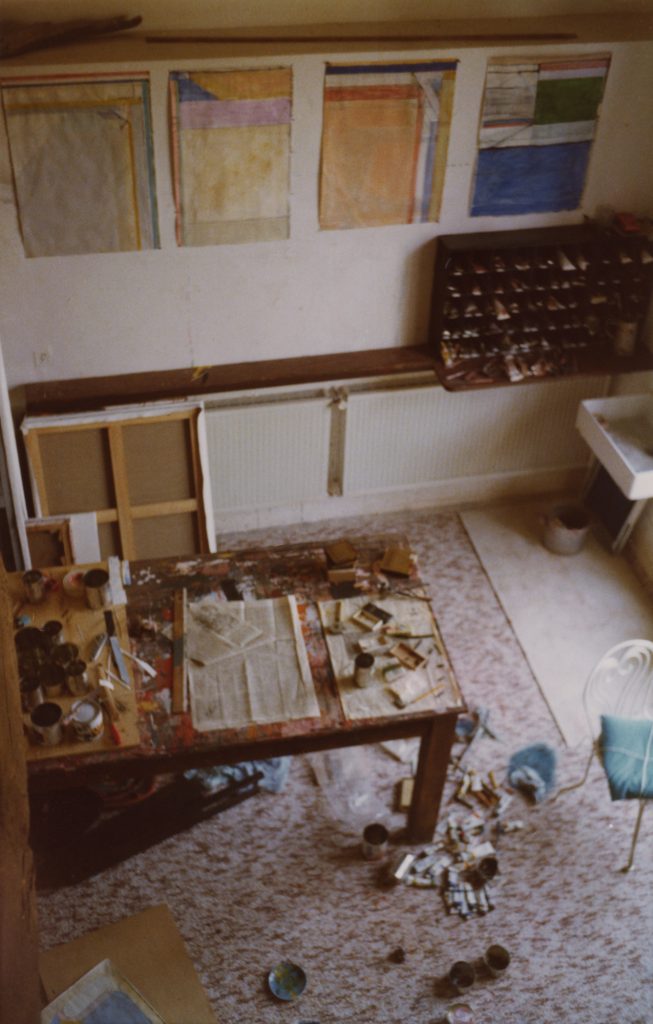 Bill and Roselle Davenport stayed on in Hawaii at the end of WWII. When Roselle was diagnosed with cancer and told she had only a few years to live, they decided that her final years should be in France. (Upon settling there she lived 50 more years.) Bill taught at an American school in Paris, and eventually they bought a second home in Southern France. Phyllis described the house to her grandson: “It was originally a vacation place, I think a 16th or 17th century farmhouse. It had walls [made of] yardstick or something like that and was an absolutely enchanting place.” It was a home they generously shared with the Diebenkorn family time and time again. Diebenkorn did not give his work freely and only rarely gifted drawings to friends or colleagues, but in gratitude Diebenkorn gave the Davenports a few drawings he made in Régusse during his stay (see example here).

Diebenkorn and Phyllis had first visited France while on their way to the Soviet Union in 1964, spending two weeks in Paris awaiting their visas. After this trip—and now with both of their children in college—the two began traveling to Europe during the summers.3 Diebenkorn, the deep looker, went abroad to see; he did not travel to develop a new practice. Apart from occasional glimpses of his trips in his sketchbooks and numerous photo slides, there are few extant drawings that were completed outside of his studios.

These seven works on paper showcase Diebenkorn’s consistency as an artist. His acute sense of what and how he saw, and how he expected that vision to appear in his work, are apparent when the Ocean Park works on paper are studied as a whole. These works are not outliers; they carry a number of his Ocean Park tropes: an arch, lines painted over in gouache, stripes of color along the upper edge, washy areas of pastel and primary colors varying in density, and the “scaffolding” nature of the lines across the paper.4 Cezanne’s light does not shine through their seams. Instead the works fit seamlessly into his tremendous body of work suffused with a light that is entirely Diebenkorn’s own. 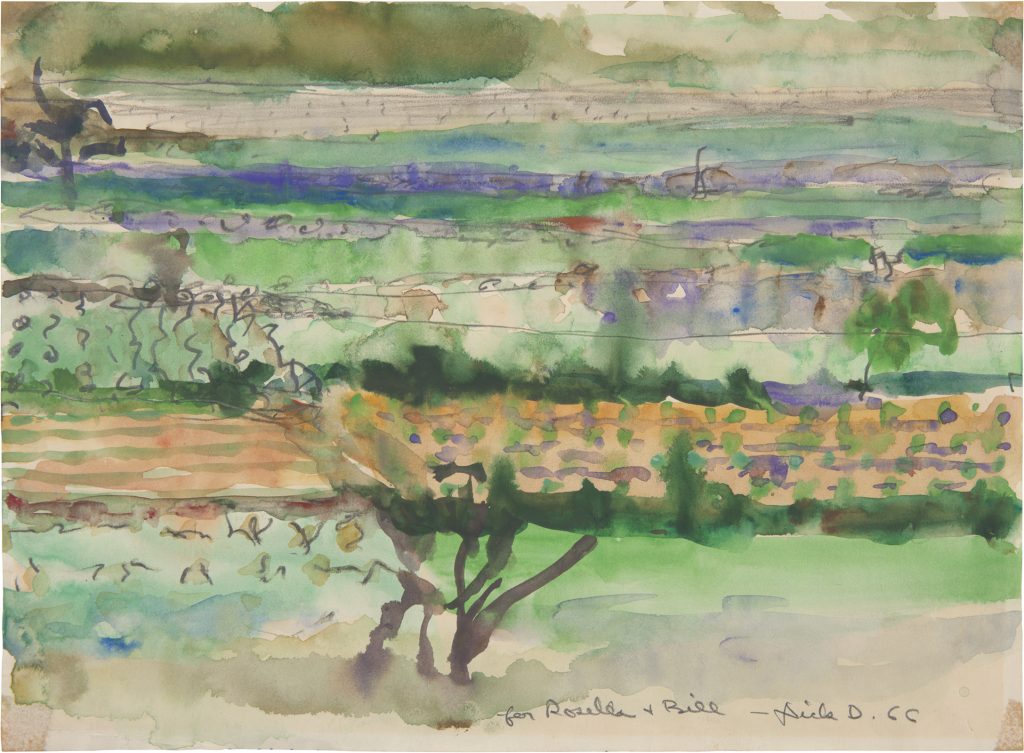 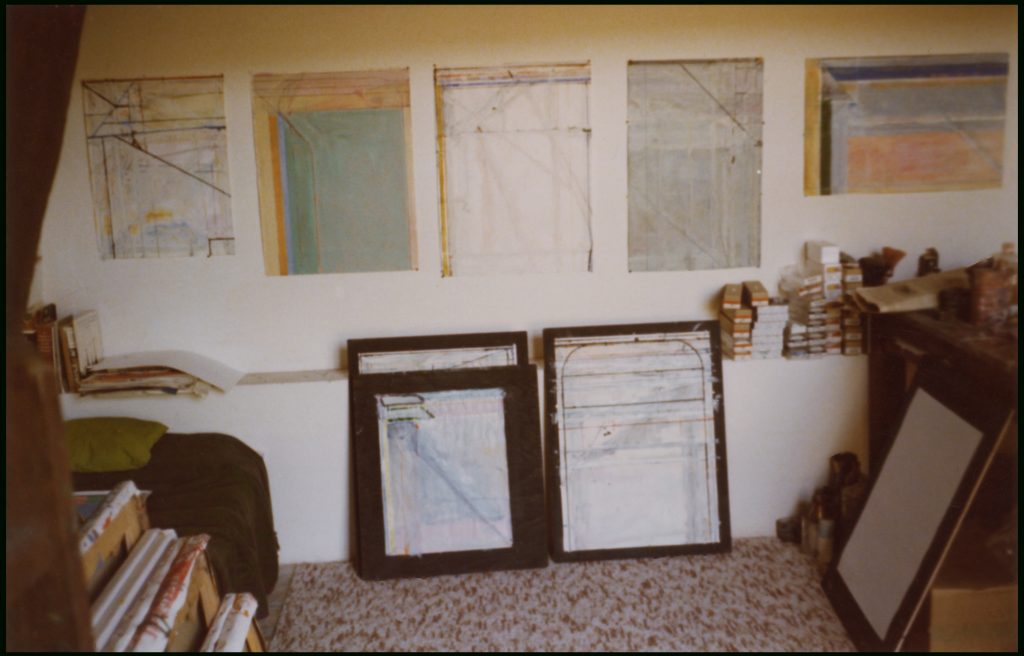 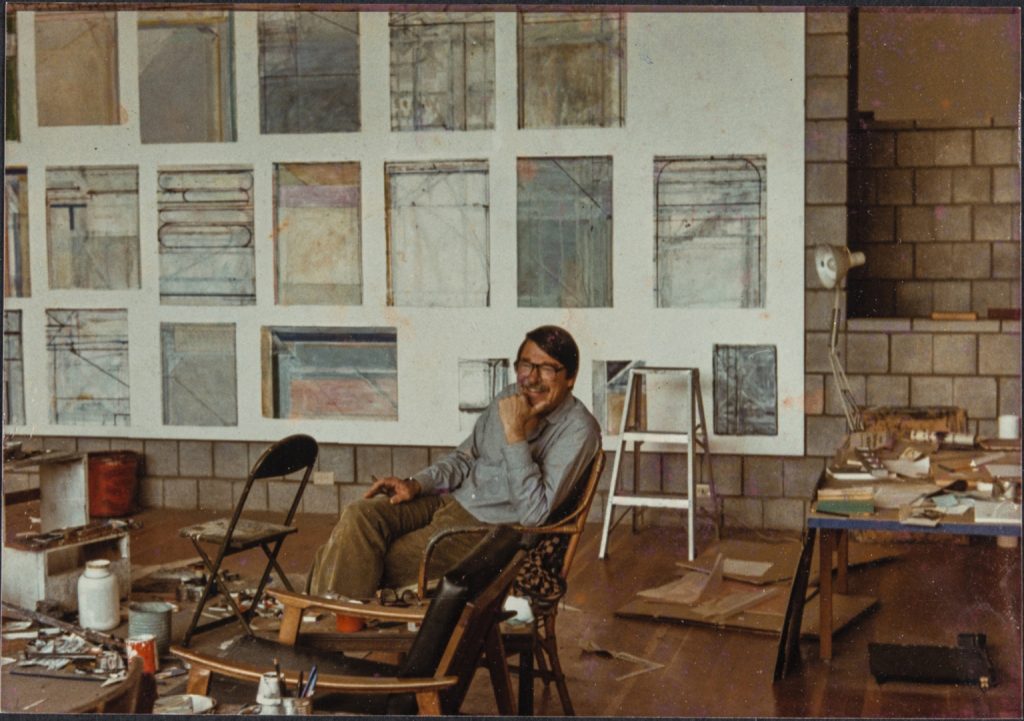 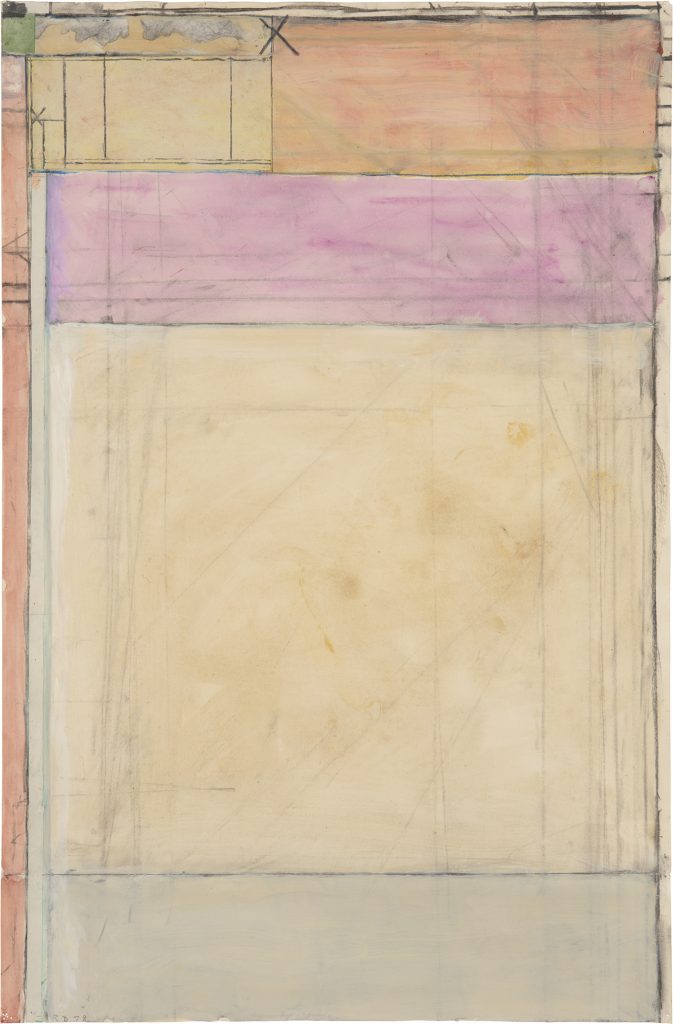 1. His makeshift studio at the Davenport home was one of only a few known temporary studios he had while traveling. See also From the Basement post, “Meeting Santa Cruz Island.”

3. Much has been written about these trips and Diebenkorn’s museum visits abroad—collections from the Louvre to the Uffizi to the Prado—and of his breathtaking visits to view Pompeii and Etruscan ruins. See Jane Livingston, The Art of Richard Diebenkorn, exh. cat. (New York: Whitney Museum of American Art, 1997), 28.

4. John Elderfield presents the idea of a scaffold as a characteristic of the Ocean Park works throughout his 1988 essay on Diebenkorn’s drawings. John Elderfield, The Drawings of Richard Diebenkorn, exh. cat. (New York: Museum of Modern Art; Houston: Houston Fine Arts Press, 1988).